Have been using various LBs in a Hybrid and PL side and settled for IF Young who was playing LB behind Overmars and Azpi as CB. IF Young was good defender, but what really made him shine was his forward momentum and his great crossing abilities. He did lack a bit of pace and strength.

What a massive improvement. After 10 odd games online, I can say that he is by far the best LB I have used. His Pace is great and allows overlap and getting back in time. e has enough strenght now to bully strikers of the ball and his passing is CAM like. Never out of position probably due to his pace and his dribbling make him a great midflielder when his goes up with Overmas who I play as LM in a 4231.

Whos he better than you wonder? I used the following LB's in the past:

Alaba with Vidal and Boateng: Great card but does not come back in time.

Mendy with Luiz and Kante: Better than stats suggest but pace an issue if you want some offence

Sandro with Matuidi and Luiz: Great card. Best I used until now but I dont use a Serie A team and Matuidi was no use to me.

IF Fabra: To hard to link and defensivly a failure

IF Young: Alaba and Sandro were better but I did the SBC and like the grren links to Baily and IF Fellaini

SIF Young is defiantly better than all these cards. Not going to try Roberto Carlos as I want to get Viera and ADP first.

Pace is faster than suggested

Could be a bit stronger, but so far not an issue. 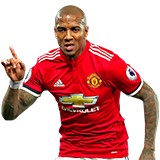 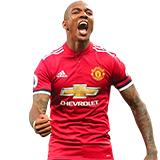 This TOTS Ashley Young is one of the best LB in the game in my opinion. He just seems so fast for the 90 pace that his card says he has. I was lucky enough to pack him in an untradeable Premier League TOTS pack. His stats are so well-rounded that he could be used in many different positions, but I have only used him at LB. I would recommend this card if you have a good amount of coins in your club, because he is slightly pr...
Read full review

As soon as Prem TOT`s dropped I immediately boarded the hype train and packed away... First purchase was Ashley Young purely because at the time he was one of the cheapest Prem Team Of The Season cards available on the market I picked him up for 250,000 at the time of writing this he currently goes for 243,000. .. anyway lets talk more about Ashley Young.This guy is simply a little beast ..... hes like a l...
Read full review

Decent, but better options out there

Ashley young is decent player. He is the fastest LB option in the premier league, but not the best option. I used young for two weekend leagues and he held his own. My biggest issue with him was that he is attack minded. He is a natural winger, so it felt weird doing a ton of defending with him. I liked him, but as soon as I switched to Danny Rose I felt much more secure in that side of the pitch. At the time of this review...
Read full review
0
/600
Update my avatar Dos and don'ts
Top Rated
New
Controversial
Show comments