Moussa Sissoko is incredibly overpowered. He can play CM, CDM, CB, RB, LB, etc. He has very well rounded stats and one thing that I have not seen mentioned in the reviews is the use of the "maestro" chem style on him. I used him as a RCM box to box midfielder and he is pretty much Gullit Gang club 80 with MAESTRO, although he can also be used as a solid CDM with Shadow but I already have prime Rijkheart. I was originally going to use that FUT birthday Toure card but this is a equally good/better card in my opinion. If I had to compare him to other players I have used I would say he feels like a slightly more agile and faster Yaya Toure, and a mix between baby Viera and 88 Petit but much quicker. In conclusion, I would highly recommend this card. It's a great value, very solid player, and easy to fit into pretty much any team. 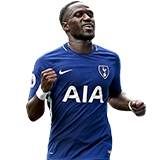 81 - Moussa Sissoko for me ( with a shadow ) is absalutly god.i have inform Fernandinho 88 kante and Sissoko feels like he makes the most impact... I feel like its to do with his speed dribling trait
Read full review

In this years Fifa the coveted pace+strength+height trio in a central defensive mid role has been semi rare. The fact that this card links with french players is going to drive the price a bit as well considering he will link with the OP french attackers, and also his teammates are spurs, Notably Mr Sonaldo.
Read full review 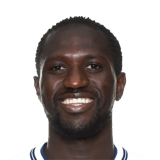 Sissoko is a beast