I unlocked RVP through the Fut Birthday promo, this was the best decision that i ever made, he steps up in the big games and gets vital goals. When i first brought in RVP into my club i was in division 5 with 3 losses from division 10 to 5, then using him along with Fut Birthday Schurle at ST and Sbc Promes at CAM. Together these three formed a formidable trio, i rose up from division 5 to champions of division 1 suffering only one loss along the way. He was mainly used in divisions with a few games being played against my friends and banged goals in left right and centre. he wasn't one of those players that put 3 goals in one game then didn't against other he was consistently contributing in every game. Completing the Sbc was an absolute steal as it was basically free if you completed objectives to get st patricks day players. Although i didn't like the overall Fut Birthday promo this was a small light in the darkness and brought back some fun to FIFA. I now look forward to coming home from school and playing with this team with my favourite player to use being RVP. I use RVP on 10 chemistry in a 41212(2) and applied a hunter chemistry style to bring up his pace and boost his already unreal shooting.

Hes basically finished any chance i give him with his shooting

He only has 3* weak foot, although having 4* skills is nice however id prefer it the other way around

He is kinda hard to link unless you use Rijkaard, Gullit,Overmars or any other icon 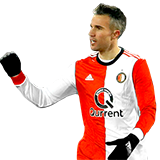 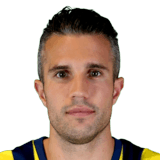 Good memories at the and of Fifa

This is my first review of player on any website so I apologize for mistakes. In that moment when I saw that card was released one week ago I told myself - I have to try it. As a Man United fan I loved Van Persie for his apperances during his stay there. I bought this card for 75k with engine chem style to boost his pace balance and agility and switched him to CAM role in 4312 behind Prime Crespo and TOTS Kane, he ha...
Read full review

I am running him as striker in a Dutch/Eredivisie team which i switch from 433(4) to a 4231.And wow what a game changer. Finish everyting in the 6 yard box and is always at the good spot.Also in the build play he is so good. His passing and vision really shows.Scored also a few first post headers with him.With the chemstyle engine i boosted his pace and balance and agilty so he don't feel slow at...
Read full review

Was using between Morata and Gameiro for a long time , so I decided to so the RVP SBC. My , My! He's absolutely great! I used 'Catalyst' on him , so his Pace and Passing touch 90's. With shooting already 90 , I thought that hunter will be a waste on him. I only play squad battles on Legendary/Ultimate , and in the first match he scored 5 , FIVE , goals. Match ended 5-3 , with RVP tucking in a penalty. Looks like I found mys...
Read full review
0
/600
Update my avatar Dos and don'ts
Top Rated
New
Controversial
Show comments