Tots version of this card is coming and this one is going to go down in price but I couldn´t wait so I bought him for 250k and don´t regret it at all! He is outstanding all around midfielder who can play in any position given. CDM, CAM, CM and he did amazing even as defender where I had to play him after getting red carded.

He dominates the midfield with his physical presence and great passes which can´t go wrong. He has the power heading trait which makes him really good with corners.

He unfortunately has only 74 acceleration so he can feel slowish at times and makes it necessary to put shadow or hunter card on him. Agility and balance are on a low side but I haven´t noticed it as a problem at all. Curve says 86 but I don´t feel the finesse shots are that effective with him but the low driven shots are deadly with either of his feets doesn´t make a difference shooting left or right so I would just bang it everytime.

There is a big difference to 87 version of this card so it´s well worth the upgrade. Even tho his tots card is going to be no doubt sensational and you might want to get him but for the people who don´t have the coins for it, this is the next best thing and is better than most icons. 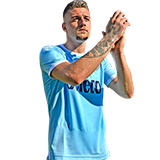 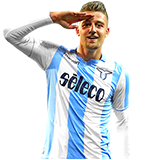 this is my first review :DSo i snipped him for 500k and fresh !!! now he is for 670k, am i gonna sell him ? NO, he is the best midfielder in this gamei tested him in SB Legendy 5 matches and WL 15 matches i used to have Florenzi fut birthday in his postion RCM (4-1-2-1-2 (2) ) he was so good but i can't compare him to SMS so i think the close player to him is Ruud GullitP...
Read full review 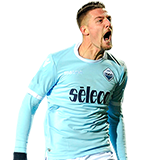 Bought him on an impulse and because i'm a sucker for "Calcio A" players on FUT , but my , was i impressed. He is a complete midfielder , as his stats would suggest , but for me he was even bigger than that. To put this simple , he is like the love child of Marchisio and Matuidi - has the flair , the intelligence , the passing game of Il Principino and also the phisicallity , tackiling and tracking back from Matuidi...
Read full review

Don't mess with him. This sentence could be exhaustive to let you understand how big is  SERGEJ.Using him as CM in a 4312 and he is the only one midfielder allowed to move on to attacking zone (I let Rijkaard and Petit in the back).Phisicality: 10/10 He Feels like an IVECO...
Read full review
0
/600
Update my avatar Dos and don'ts
Top Rated
New
Controversial
Show comments