After doing a FOF SBC and getting Quaresma, I decided to make a partial Super Lig team. I was looking for a centreback and found this beast of a card, and immediately knew I had to get him. His staggering height with such strength, aggression and decent jumping - I was convinced he was going to win every aerial duel he'd be in. However, this just was not the case. I felt like I was getting bullied in the air, say versus an Immobile or a similar opponent.

When defending with another player, he always felt like he was slightly out of position, which was often exploited. Small, agile players like TOTS Gomez very easily escaped his grasp, where he wasn't able to use his strength. After using him in 25 games in Weekend League, and only scoring one goal (not even a header) with him, I decided I'd had enough.

In conclusion, he was simply not worth the coins I used for him. After browsing for a while, I've found several preferable options to this card, for around the same price (See Yerri Mina 88). 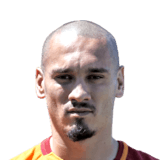 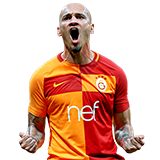 Maicon is AMAZING for me. I use him alongside Miranda and they are doing so well together. IF Maicon is like a brick wall you can't get past. His standing tackles are soo good, it feels like he has 99 for standing tackle. His slidings are perfect too. He positiones himself very well. Maicon is the one that goes to an attacker to get the ball ogg him, whilst Miranda stays behind. I bought this card the night it came out for ...
Read full review
0
/600
Update my avatar Dos and don'ts
Top Rated
New
Controversial
Show comments