Another year of a Giovinco TOTS, another huge letdown. Every year I buy this card hoping he will be good, and he just isn't. He gets absolutely MURDERED by anyone attempting to get him off the ball. He even got knocked over by Raheem Sterling! his pace feels not a point above 85, his dribbling doesnt help because he gets demolished by anyone in reach, and his passing feels like I'm passing with Eric Bailly. I have never seen a card's stats underperform so greatly. Granted, I play in division 2 but this is still a horrific card, and not nearly worth over 100k. Thankfully I only paid 85 to get him. His shooting I never even got to experience because when he gets the ball in the box he's already lost it by the time I can shoot. The only goals he scored were rebounds. His free kicks and corners were good though. I played him at striker and CAM in 4-1-2-1-2 (2), CAM and LAM in 4-2-3-1 and LAM in 4-2-2-2 and he was awful at ever position. Overall, hugely disappointed with Gio once again. 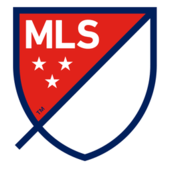 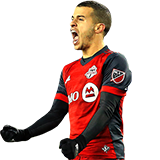 Have I just bought George Best from FIFA 17

Wooowww boy woowwww. This card I amazing. I was always complaining about that people won over because of that they had Cr7 and all the big players. But Giovinco told me that enough was enough. I bought him for 170k and ooo boy is it worth it. Pace, shooting and dribbling. Best Italian striker on the game for sure. I am using him along side 90Zlatan and Giovinco doesn’t give any one around him a chance to score because of ...
Read full review 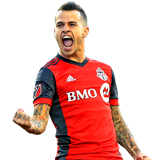 A Review of Giovinco SBC

Played with this team so far in FUT Champs and it is carrying me. I switch in game to 41212(2) and put overmars and Alessandrini at striker, with giovinco playing CAM. I used to have Rui Costa in this position, and I can honestly say Giovinco has performed as well if not better for me. Don't be put off by his low stature (he's only 5'4), he does not often get bodied off the ball and his high agility and balance keep him lig...
Read full review

I somehow managed to pack this guy in the guaranteed community tots sbc. I tried him out and OH MY GOD. the first thing he did was dribble past the whole opponents team (he had if boateng and tots sule) and shoot from like 30 metres away from the goal and score in the top right corner. This guys agility, balance, composure and dribbling stats are the perfect combination. He turns and moves like if insigne, shoots like tony ...
Read full review
0
/600
Update my avatar Dos and don'ts
Top Rated
New
Controversial
Show comments