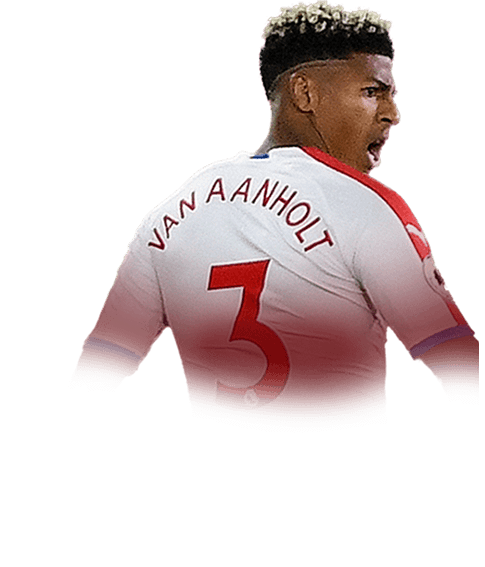 Lots of people have complained about this card. Honestly speaking this is by far the best LB I have used. I have used lots of LB's I enjoyed and got on with. But this card feels special.

Pace, Agility + Balance - As a LB his pace is fantastic. The addition of his fairly good balance and agility make him fantastic off and on the ball.

Defending - Tacking and interceptions are fantastic on this card. Love it.

Stamina - High Stamina on this makes him last into Extra-Time

Dribbling and Passing - I have my LB and RB stay back while attacking. But in the event this card does go forward his passing is fantastic. Over the tops with this card are incredible SHOULD you find yourself in a spot to do it.

Jumping - This card wins a lot of headers. He isn't too short really but the jumping makes this fantastic. His heading accuracy is a bit poor but fortunately I haven't had issues so far.

Strength - The balance and agility do help. But honestly this cards strength isn't great.

Composure - The one issue I had is this card was on the line. A shot was trickled towards him and i slid to block it. He slid past the ball and it rolled in. I suspect because of his poor composure he bottled it. Unfortunate. Though he nearly saved me with his pace. Most LB's wouldn't have come close.

Shooting - He got forward once and had a shot. not great composure and below average shooting stats it was tame. But he is a LB so I don't expect more.

He is like a fast Mendy. And with that 97 jumping he wins all the headers. I have used both Mendy and Robertsson and he is better than both of them.

short passing ( his short to medium passes are amazing )

Stamina ( he can easily run all game)

Shoting (but you rarely shoot with him)

He's just a bit of a beast tbf. Previously using CL Mendy as left back but considering PVA is essentially half the price and far better, Mendy won't be getting back into the team. For 25k this card is basically stealing.

Pace - He feels electric both going forward and tracking back. His base pace stats are so high that they don't need to be boosted with a chem style, so you can focus on boosting his other stats.

Tackling - His standing tackle impressed me the most

Crossing - Not really much of an issue for me really...but the stat is quite low for a full back so you might want to consider boosting it with a chem style.