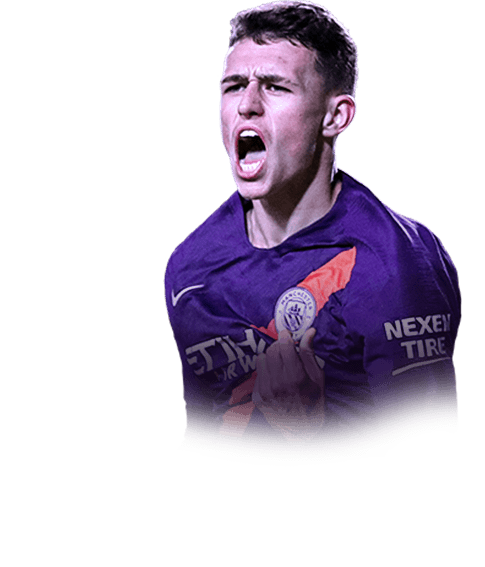 So i decided to open some gold upgrades, and all of a sudden, I pack a walkout and it's PHIL FODEN. Looking at his in-game stats, i wasn't very impressed with the 3*,3*. I slapped an engine chem style and played him CAM in a 4-1-2-1-2 behind Zlatan and Rashford (futmas), and OH MY WORD he was out standing, his 99 agility and balance show alot. HIs pace is ridiculous, his passing is perfect and his dribbling is what you would expect from a playr with 99 balance and agility (amazing). His through balls are perfect and his 90 stamina makes him last forever. His 96 shot power is amazing and his finesse shots are always a goal no matter what. His ability in taking corners feels better than usual and his 3* 3* isnt even a problem.ALso, medium/medium workrates are perfect for a cam. Finally, i used ball rolls and scissors for skills and his right foot is also decent for 3*.

Value for money is amazing cause i got him for free but even for 200k i would still get him.

little bit weak i some occasions

This card is Incredible, best value for money on any player, tied with Mertens IF.

Used him in 4231 as central CAM and he's a real playmaker.

Don't get fooled by the workrates or the mediocre card stats, FK accuracy, volleys and penaltys drag those down.

His timed near post finesses are incredibly accurate and never fail to score.

He's also pretty eager to win the ball back once possesion is lost and his agility lets you play with the opponent.

His passing is superb and he has great vision (98 with Deadeye).

My favourite player in fifa atm i have to say. He scores a great anmount of goals despite of his position and gets into spaces incredibly well.

He is the definition of BANG AVERAGE. I cannot believe he's going for over 200k when for that price you can buy the likes of Mbappe and Pogba, honestly do not buy into the hype around this promo and get him because for that price he's nowhere near value for money. There were aspects about the card I liked, but in general I was thoroughly disappointed.

A CAM is meant to be the focal point of your attack, someone that can win tight games for you. Foden just isn't that. I implore you to save your money.