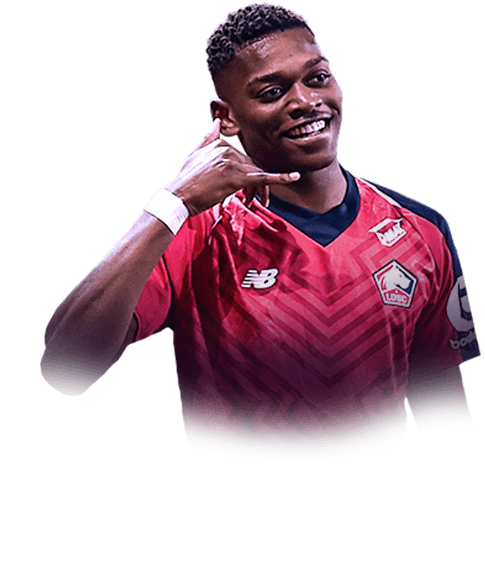 So i've played a few rivals games with him on a 4-2-3-1 formation at striker and he feels really good. He is tall so he doesnt feel the quickest like a mbappe, but when it comes to getting the ball and chasing he does the job. His shooting is amazing and with a marksman chem style it feels very complete. His passing is decent and well enough for a striker but he'll miss some easy passes sometimes. Now the dribbling is actually very smooth and he plays very well with the ball, the balanced is low but thats fine because the strength that he's got make's up for it. The part that i hated the most on this card, is the heading, he's tall and with marksman he has good jumping, but the heading accuracy sucks a lot, he'll miss easy headers on corners eve though he wins the 1v1 vs cbs like ramos and VVD.

And also, the objective is really easy to do, and you might aswell do it as even if you don't use him as a starter he'll work a supersub.

I've done him because i got the tif Pepe from my weekend league reards. First I was a little skeptical whether I schould replace my if Jesus with this guy just to bring my red pepe in. But what should I say? This guy is an absolut beast, in my opinion he is better than Jesus if. With a Marksman he goes up to 96 finishing an 95 strength which is a deadly combination. He pushes nearly every defender off the ball and is very clinical in front of goal, due to 88 composure. His 81 stamina is no problem for a striker he easily can play for 90 minutes. Very nice workrates and 4* 4* round it off. Only negative aspects are his passing and the balance, but in my opinion you don't feel it that much in game. It takes some time to get him, but he is defininetly a must have!

Well, where do i begin, the man is a goal machine, i know a lot of people won't ever be able to afford cr7 in their fifa ultimate team journey, so if you want to be able to use the closest thing, well here it is. When I say he is the clone I mean it, he has the exact same height as cr7, same work rates and I believe very similar agility and balance. Obviously he is not on the levels of Ronaldo , he is lacking the 5 star skills and im not going to lie his finishing is inconsistent. For specifics, you will notice certain things in games such as his passing, I mean its atrocious, Its around 72 short passing, ignore long pass but short pass for striker is important for META, you may also notice his 74 jumping as he won't be winning as many headers as you want considering he is 6ft 2" however you may believe his height outweighs his jumping which might be true for you, to rectify these stats i suppose for chem style you would go with finisher to improve jumping and long shots or you go with dead eye and improve passing but miss out on big long shot boost and only have plus 5 which takes him to 77 so thats probably enough considering his shot power is so high.

+agility (so pace on the ball)

+Strength (Standout stat along with pace)

-Balance (So tuning different directions with the ball)