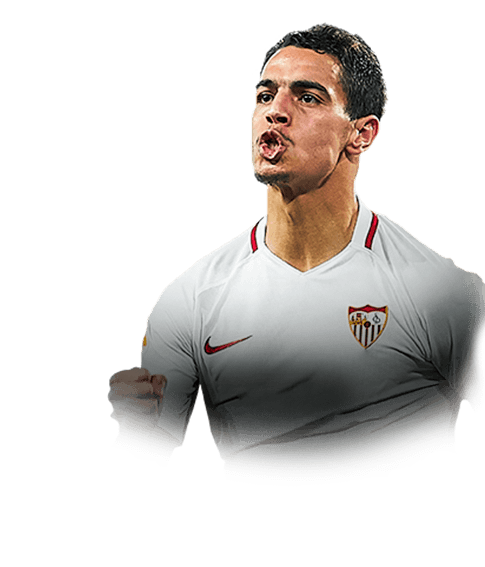 I had the luck to get a red SIF Ben Yedder. He is the defintion of META for me.

Why? First off all, his base rating on the card is 86. With basic chemstyle he already becomes a 91 rated CF. Everybody knows he has 5* weak foot en can do the la croqueta, but with 96 agility and 92 balance you can't get him of the ball. You can score so many different type of goals with him, because he has it all.

Curved long shot out of the box? No problem! Wide open header because of his positioning? Yes sir! Skill dribbling past tall defenders? A sitter!

He is'nt even on the first page of la liga strikers (!), but outperforms most of them. Because of his H/H workrate, Ben Yedder wants to be involved. You know the feeling when some players turn invisible? Well, not this guy. He is literally all over the pitch and always on the right spot to save you.

I had a hybrid squad of french players and la liga players. I used gold Griezmann as a striker. I wasnt happy because he missed a lot of chances. I bought the second IF card of Ben Yedder. The UEL card is a lot more expensive and u basically get the same card. I played division rivals and 3 WL with Ben Yedder. And I can hands down say that this is the best striker ive used so far on FUT. He out-performed Griezmann in every aspect of the game. I have also used Kane, IF Depay, UEL Falcao, Lacazette, Carniball Inaki, Baby Icon Henry, Mertens, Immobile & IF Lukaku. Ben Yedder was miles better than these players. His stats was also insane, I played over 100 games with him and he had more goals than games played. So lets take a look at this card. This card is so underrated. And he probably is the best card out there in terms of value. His performance is worth a lot more than the price of this card. For me this card is the meta of the year. He outperforms the stats of this card. If you use marksman chemstyle on this card I can promise u he will do wonders.

This is based on marksman chemstyle:

Its difficult to find any cons. He is short and is not a goat in the air. But with marksman, his jumping can make him a areal threat sometimes. If u come up against Van Dijk and Ramos in the air, he has little chance, but can win against other defenders.

There is no any other noticeable cons. He is good at all the things a striker should be great at. U cant give him a clear role a striker, he is not a poacher or a target man. He is so good at many things, he can score all types of goals. He can probably use him as a CAM as well, but then you waste his goalscoring ability.