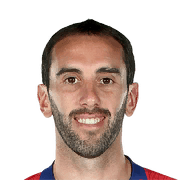 I decided to make review on this guy because he is in shadow of fast defenders like Varane, Sanchez, Hernandez etc. Im doing it because you should give him chance! He is pretty strong, tall enough and feels like certainty in defence. You have no worries about your backline when this guy is conducting(leading) them.He is not quickest but he isnt too far away from Van Dijk who is one of the best defenders in the game and pace isnt that important in this Fifa.

This wont be long review because I think you just simply should give him chance because 40k is freaking steal for this guy. Just stuck shadow on him and go play.

Speed(he is not slowest but isnt at Varane's numbers)

I've bought this player for just 40k and in few games he has become my defensive key-player (especially because of good passing stats). If you give him the shadow chemistry he'll turn 80 of pace and 97 of defense: simply a beast.

Stamina could be better but it's enough for a CB