So for a long time i had 90 Butragueno in my squad. He was an absolute beast, he scored insane volleys, incredible long shots and made incredible runs.

I was now ready to sell him for his 92 version because i was currently so satisfied with the 90 version which i had 120 goals in 98 apps with.

I then ended up buying 92 Butragueno and i quickly realized that what I had done was a crazy mistake. This card felt really underwhelming, he missed absolute sitters, i had to manually make him do runs (compared to the 90 who made runs himself), felt way weaker and just less clinical in general. I then ended up selling him cause i had 22 goals in 37 games which is just horrible compared to his middle card. 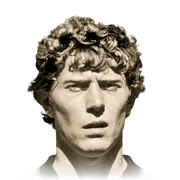 He can score from wherever and whenever he wants. He makes his own opportunities and spaces to shoot and can outpace defenders on through balls. His finesse can curl in from anywhere and the 5-star weak foot makes it so you don't have to pay attention while shooting. If you put players around him that can give him the ball within 30 yards of goal you will score atleast 2 a game with Emilio. This card is one of the most easy...
Read full review

After playing about 600 games with OTW Ronaldo, i decided to sell him for good profit and try new players in my team. After searching for a replacement for him Butragueno came against me in the fut champs. My opponent scored 4 finesse shots against me with him so i went (after rage quitting the game) and bought this card to my team. That was one of the best decisions i have made in FIFA.Lets start with
Read full review

He is really a great Player. I used most of the common or best strikers (Mbappe, CR7, Raul, All BPL Strikers) but really love him the most. He is pretty small but therefore very agile and quick. His walking routes combined with his shooting make him one of my most influential players among the last years. I would recommend to combine him with another striker because it opes a lot of space for him and he knows how to...
Read full review
0
/600
Click here to verify your account in order to comment Update my avatar Dos and don'ts
Top Rated
New
Controversial
Show comments