Waste of Coins. That's what I thought when I started the Kick Off SBC. I would enter a load of players, and make 5k profit or something. So I complete the set, and open the Electrum players pack. Board Drop, Spanish, Striker, oh thats Morata, (which it was) Not bad considering he was the only rare I suppose. Then I open up the Premium Gold Players Pack, (usually known to be one of the worst packs in the game). I saw it was an 86 or above, Senegal, LW, I knew it was Mane! I had looked at getting him the day before, but I only had 60k, and obviously Mane is 130k.

I am relieved to say I kept him, and in the first match he got 2 assists in a 4-1 win! 2nd Match (both matches on Division Rivals by the way) he grabs his first goal, and another assist, in a very close 3-2 win! He is immense, 100% worth the 130k, although I didn't pay it, and to be honest, I'm surprised he's not more! If you have a decent stack of coins, and a BPL team, Mane has to feature as LW.

Pace- My Goodness, you know how usually any player, whatever their pace, the 42 pace John Terry catches up with them. With Mane, his pace is genuinely useful. He can just run past players, his acceleration is amazing for getting away from a marker, and he really is rapid! I had him supplying Rodrigo as Striker (I'll be reviewing him in a few days, check out for that), and he would bolt it down the wing, I'd use a stop and turn and he could just life a beautiful cross in to Rodrigo, but then that comes under passing, so I'll move on...

Dribbling- Again, his dribbling is absolutely fantastic. He does not feel sluggish at all, and with his 86 Balance, and 86 Ball Control, you would kind of expect that. He will not lose the ball, he won't trip up over the ball, and he feels like Messi. You have heard of Sonaldo, but have you heard of Manessi? That was really bad wasn't it! I'll continue...

Shooting- Ok, his shooting is not bad at all! He can score from anywhere in the box, and he can pull of something beautiful occasionally!

Defending- He can defend, and his pace really helps to track back sometimes.

Passing- This is probably his second best attribute, after pace, and he can whip in a phenomenal cross! There are no flaws in his passing at all, Short Passing, Long Passing, Crossing, everything is just amazing.

Physical- Great for a LW with brilliant pace! usually in Fifa, you either have a player with pace, or a player with strength! This man has both! He will never get shrugged off the ball, and he can outstrength many players, including Rudiger, Bailly, and even Walker!

Value for money- He should be 200k at least! I'm certain his price will go up! Buy him now! He is amazing!

Please guys . check out my other reviews on Rashford, Welbeck, Gelson Martins, and soon Rodrigo!

Thanks for the support,

10+ Likes would be Incredible!

-Can link with Wijnaldum

Hw is just fantastic in every other way! 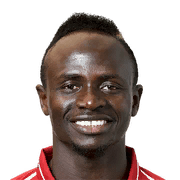 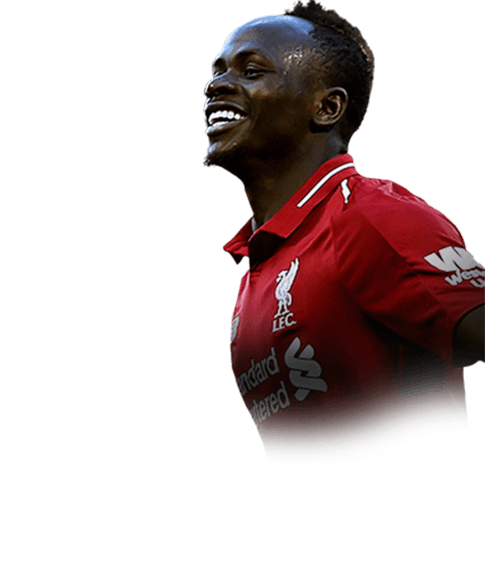 Mane's worth the Maney

Have u ever tryed Salah, or Mbappe, or Aubameyang?? Well forget about all of'em.... This is the fastest player I've tried on FIFA 19!!! With his 99 pace he just outruns everything.Hes 4 star weak foot is really reliable, and though he is just 175, with bad jumping, he scored like 5 goals on a header (heading are really OP this year). I tryed his MOTM last year and that card had som bether stats, but this Mane is a machine. ...
Read full review 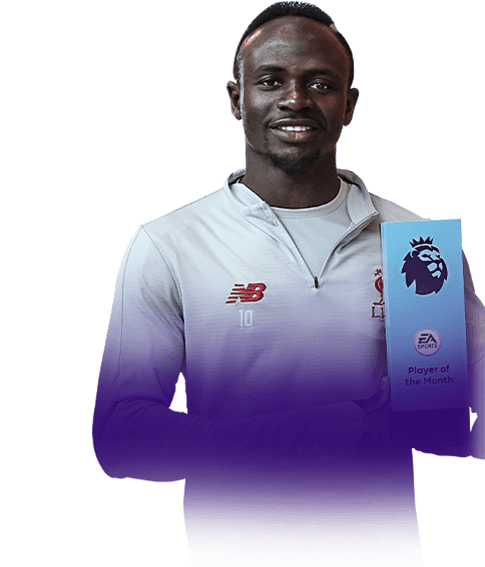 Shut up and take my MANE

I was unsure if i wanted to do this SBC when i first saw it because i was saving for TOTS. But OH MY what a card! I use him as a left striker in a 4222 formation next to IF rashford. Mane is literally god amongst men. He out runs any defender on this game with his 98(!!) pace, his dribbling feels super smooth. Ive tried cards like neymar and IF hazard, and let me tell you, this card feels identical, if not even a tad bit be...
Read full review

One of the most enjoyable players in the game. Amazing speed, swift change of direction, unbelievable agility/ dribbling and solid finishing is all you need from your wingers and Mane has it all. His passing lets him down sometimes but is not something i will focus on. This guy can be the game changer you have been looking.
Read full review
0
/600
Update my avatar Dos and don'ts
Top Rated
New
Controversial
Show comments