I was a little reluctant to shell out 20k on Paulinho at this stage of FIFA, but simply for what you get from this guy, he's a bargain. I've played 90 games with him( Across weekend league, divisions and squad battles), scoring 25 and assisting 20, playing him in a deep CM role in a 433(4). He's the sort of box to box, all round machine any successful team could do with. One look at his similar players tab shows you that his stats are comparable to some baby icons, and i'd say that this is reflected in the way he plays.

Pretty decent pace for a midfielder and I boosted this further with 'Engine'. Generally he's great at getting around the pitch and being where he needs to be. What I found was that due to his high stamina he tends to excel as the game goes on, and where the opponent is fading, he's running as quick in the 90th minute as he is in the 1st.

Really surprised me. Long shots and shooting generally was very clinical, no element of shooting lets him down. 81 finishing is great and also pretty rare to see on a CM and this is useful when he bursts forwards and finds himself 1 on 1. Before Paulinho I used Allan and he could never put away the chances; this is something that elevates paulinho above many midfielders.

Again, really solid. Long passing wasn't a problem, tiki taka play and short passing wasn't a problem. For me 77 doesn't do it justice, but chances are, the boost from engine chem was a factor. The only thing I would say is that the eye of needle passes may not come off consistently like it would for elite passers. But if you're playing sensibly and within reason this won't be a problem.

Paulinho is a really efficient ball carrier and high dribbling and ball control means he has quick feet, easily enough to manoeuvre around defenders and to get yourself out of trouble. The only potential problem is his fairly low balance and agility, which can make him feel clunky and hard to turn at times.

Defending is brilliant, stats do not do this justice at all. Genuinely feels mid to high 80s, his ability to win the ball back is exceptional, felt kante-esque in the way he was able to dispossess opponents. High strength and aggression definitely played a part in this and he was able to muscle off some of the stronger players in the game. His heading and jumping is AMAZING and in my opinion this is the single reason you buy paulinho over a nainggolan etc. Paulinho wins EVERY header off of goal kicks and probably scored half of his goals from corner headers. I cannot stress enough the aerial dominance this guy has. The combination of defending and physical stats make him an absolute wall.

Therefore if you're even thinking about adding him to your team, do it. When considering he is 1/10th of the price of nainggolan and has everything you need for a box to box midfielder and more I guarantee no coins will be wasted. 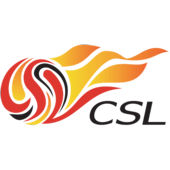 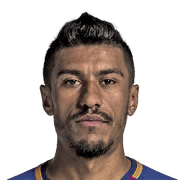 Paulinho doesn't mess about.. simple. He stands out on the pitch and is overlooked so much imo. I've tried Fabinho, Casemiro, Milinkovic Savic, Kondogbia, Fred, Allan etc, and although they are good, they are nowhere near as close to the level of performance Paulinho provides on a consistent basis.Honestly, you're paying at most 15k for a centre mid that is going to transition defence into attack with ease...
Read full review

As I was in the process of making my squad, i needed a center mid to link to Neymar, so i went and did his sbc, but then i changed my mind about Neymar. however Paulinho is still in my team. he is a fantastic CM and a very good CDM. He tends to go forwards no matter what instruction you put on him but he tracks back and is never caught out of position on a counter attack. I play him at LCM with baby Blanc at CDM, and he is ...
Read full review
0
/600
Update my avatar Dos and don'ts
Top Rated
New
Controversial
Show comments