Where to start? This guy is just so so good. I think it mainly depends on your playstyle though. After a few days of playing early access, I realized that while pace and good dribbling is important, crosses and good physical players were a lot better this year so I decided to change my playstyle up to suit it. With the new custom tactics, you can really switch things up and make a lot of good hybrids work. So, I decided to look for tall wingers who were good in the air and only 2 really stood out. Bale & Perisic, so I build a squad around them and that style.

I start with a 5-2-2-1 then switch to a 5-2-1-2 (first Fifa I use 5 at the back but works perfectly) and convert Bale as my left ST with IF Mandzukic and Perisic as my CAM (I like a 4/5* WF as my CAM) with Alex Sandro & Flashback Juanfran as my 2 wingbacks (I set them to get forward & overlap as I have 2 CDM's & 3 CB's staying back constantly) This allows me to play central like a typical 4-1-2-1-2 (2) that a lot of people play with, but gives me that option of having wingbacks flying down the wings to whip in crosses. Crossing is broken in this Fifa, no other way to put it and that's why this team works so well with the 3 big guys up front.

Not needed as much as other Fifa's but when the opportunity arises for a through ball to run onto behind the defence or down the line, this guy has the pace to beat anyone over a short distance. Very effective with the new L1 Fake Shot because of the insane speed burst it gives.

I've played about 70 games with Bale and he's scored almost 100 goals for me (Div 3 in Rivals) Outside of the box finesse? No problem. The new low driven? No problem. Long shot rockets? No problem. 1 on 1 finishing? No problem. He finishes everything. Can't really ask for much more from him as a ST.

Crosses are very good when you get the opportunity to run down the lines and whip a ball in. Very good with simple 1-2's, good with freekicks, hits them with a lot of power though, so better from a longer range. Just outside the box freekicks might be better for a different player. Can still score a few from closer range but I find using his high shot power and curve more effective with long range (30-40m) power freekicks. 90 Curve helps with his timed finesse shots.

Very good on the ball, good at shielding the ball and keeping it close. Not the greatest at turns due to his height and low balance but still pretty good because of the decent agility. 4* skills means he can still pull off most skills but I keep the skills simple with drag backs and fake shots so not really needed much for my style.

Surprisingly very good for a RW/ST. His pace, combined with mid-50's marking, interceptions and stand tackle make him a threat to defenders when you press quickly. His heading is unreal, scores so many for me because of his jumping and height. This is the main reason I use him over Mbappe.

Because he's got good height and speed, he's great at holding off defenders but obviously any big boy icons or defenders with high strength will be able to push him off the ball but not easily. The main stat here for me is his jumping. With a marksman chem style on him, his jumping goes up to 97. 97 jumping with 84 heading, 95 volleys and 6ft1? Monster. He'll out jump most defenders or because of his pace and positioning, he'll get into great areas in the box on a counter attack cross that the defenders just can't compete with. Between him, Perisic & IF Mandzukic, they just terrorize defenders with crosses or corners.

Overall, for my playstyle, he's perfect. Worth the 450k he's at currently. Hope my review helped, feel free to PSN message me (same as my username here) if you want feedback on other players. Tried every non-icon players, apart from Ronaldo.

Pace (not needed as much in this Fifa though) 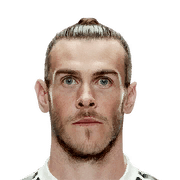 Was lucky to pack some quality players to buy and build a squad around Bale. I play him as left ST in 41212-2. He is as always a monster and just unstoppable for defenders. He is simply the whole package you can expect from a forward. His pace is insane along with physique that just takes his runs to another level. He will score you so many goals, also when defenders get...
Read full review 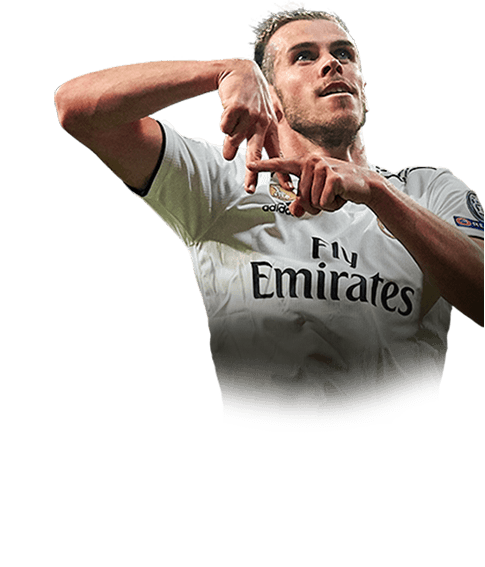 So when this card dropped i immediately thought, sweet another awesome dynamic UCL card. Then i read up prior to buying just to make sure and ofc learnt this is not the case. I have used both his normal and standard UCL card and thought overall he was pretty good. I prefer to use IF Mbappe 100% btw but his stats are strong and you often see this ingame.Now for those of you that like to move quickly into ti...
Read full review
0
/600
Update my avatar Dos and don'ts
Top Rated
New
Controversial
Show comments