First off I just want to note, I completed this SBC for no reason other than the fact I like completing SBCs, I had no intention to use this guy except if I had an injury/red card. However, because I'm a sucker for SBCs, 93 Hazard rinsed me for all my coins, so I set up a makeshift team until FUT champs rewards and began subbing this guy on at the start of games. Vormer was hugely impressive and now has me thinking how I can fit him into my future teams. I played him as a deep CM in a 433(4) and in 21 appearances he's scored 8 and assisted 8, which is a great return. After briefly using a loan fernandinho, I would definitely say that vormer is on this level and even excels in some aspects.

Initally disappointing and a little sluggish, but I made the decision to throw shadow chem on him. This made him drastically faster, despite the fact subs don't get the full chem boost, so he'd be even faster on full chem. Stamina is amazing so he's as fast at the end of the game as he is at the start. Pace was no problem (with shadow) and he was easily able to catch up to some pretty quick players.

Shooting really surprised me. Long shots were incredible, scored about three 30 yarders with him. High finishing on a CM means that if you find yourself 1 on 1 in behind with him, it's like finishing with a striker. Nearly 80+ in every shooting stat means if you have a bit of space, there's no worry of slicing a shot and taking out the corner flag.

Ill go out on a limb and say this guy is up there with some of the best passers in the game. He's assisted with some incredible passes, one being a diagonal 40 yard through ball that took about 5 players out the game. Long passing, short passing, this guy has it all, one of his best qualities. Overall, passing is simply really solid and this is reflected in the stats.

Not the best. You can boost this of course, but in my eyes this is one of the downfalls of the card. Turning and dribbling can be pretty sluggish, but it's more than enough to get yourself out of trouble and carry the ball through midfield. Therefore, If you're sensible and don't take on the entire team you'll be good.

With shadow, really really solid. Made some crucial tackles and interceptions and high stamina meant he could do this for the entire game. I wouldnt recommend him as a lone CDM, but paired with another CM or CDM and he's more than capable of handling himself defensively. Heading was above average, he won a lot of headers but I wouldn't say that he dominated in the air. However, compared to other box to box midfielders like dembele, nainggolan, fernandinho, he definitely holds his own. Aggression and strength were both notably impressive, no problems at all here.

So, should you get him? Well I would say that depends. I think if the sbc set you back 50-100k people would be raving about this guy, and rightly so. I can understand people aren't willing to pump up to a few hundred thousand into an SBC and that's fine (although packs can reinburse you somewhat). However, if like me you enjoy SBCs or just have a load of money to burn, you'll get a very complete and reliable player. Only thing I would say is if you are thinking doing about this SBC and you're stuck picking between him and Chevalier, I own both and i'd go with Vormer everytime. 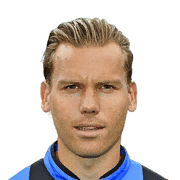