Icardi can be a frustrating card to get used to, but when you find his strengths he turns into a really solid option. I first tried Icardi alone up top in a 4-2-3-1, with Mertens and 1st IF Insigne at the two CAM positions behind him. He was very frustrating to play with; his strength was poor, ball control sloppy, and his passes were just not strong enough to get through tight windows without being intercepted. After about 5 games (3 goals, 2 of them headers), I switched formations, playing him alongside Higuain in a 4-1-2-2 (narrow), with 1st IF Insigne behind. OH MY, what a change that made. In 5 games he scored 11 goals and assisted 4 more. I found the key to this card was to play a strong physical card next to him, to allow him to make cute runs into the box behind defenders. Once in the box, he was magical. I used Hunter, Get In Behind Instruction.

In the Box Finishing: In the box he is one of the best I've used. I'll put him right up there with Harry Kane on finishing in the box. Both feet are strong inside the box.

Short Passing: Works especially well with a stronger striker next to him.

Heading: The go-to target on corners and set-pieces.

Strength: His strength of "78" felt more like "55-60". He was pushed off the ball easily, especially in a single striker formation. Needs someone else to do physical dirty work for him.

Long-Passing: Don't expect to thread cute balls through to fellow pacey wingers, he is weak in this area.

Long Shots: Outside the box, forget about it, gets saved 80% of the time.

Ball Control: Fairly poor first touches and skills. Use him more as a poacher in game. 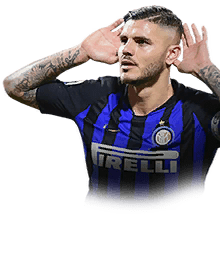 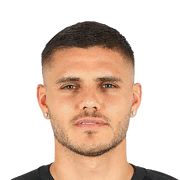 To give you a quick run down. This guy is the perfect striker in my opinion. With 91 finishing he has the most clinical shooting I've seen in this game. Scores them from all angles all day long, inside and outside the box. He's only 5ft 11 but don't be fooled, he wins the majority of headers with 94 jumping and with 91 heading I genuinely think across 30 games he only missed one header. Seriously can't stress his arial abil...
Read full review

This card is broken

I was initially very disappointed in myself for having been drawn into a bidding war over this card (which i had been eyeing for a long time) and ended up paying 121k for it. Knowing that at this stage of fifa coins matter alot, i contemplated selling him for the same price. I told myself that I would do it after i had tried him. And boy am i glad that i did. I slapped a hunter on him and the rest they say is history.
Read full review

As a huge Icardi-fan I wanted to try him ASAP. The moment I had enough coins to buy him and Perisic I immediately bought them. As expected, Icardi was great for me. He has scored 146 goals and assisted 53 times in 140 games. He is just as lethal as in real life and has no problem with finishing. His heading is really good, if he has enough space. Despite his 94 jumping, he doesn't win a lot of headers against tal...
Read full review
0
/600
Update my avatar Dos and don'ts
Top Rated
New
Controversial
Show comments