Packed him on the web app at the start of the year and he hasn't left my squad since, played 167 of my 184 games total. Im not personally an amazing player (1500 skill rating and Gold 2/3 in Champs) but i don't have a problem defending with him and Hernandez together. Played him alongside Varane, Bailly, Lenglet and IF Hernandez.

His pace and strength together make him unbeatable, most strikers just get bullied off the ball and he is able to keep up with almost any striker you play against. Thought his height would be a problem but his 99 jumping (Anchor) mean he can win headers easily against most strikers. Strikers like Ronaldo and POTM Reus have been problems but they are rare to play against.

He is also solid on the ball whether he is passing into the midfield or moving forward with the ball so you don't have to worry about giving the ball away in difficult positions. in the 160 games I've played I have not found a major flaw in his card and his tackling, marking and interceptions have been solid throughout using him. I always defend manually so don't know what he is like while being AI controlled but it also lets me know he is capable of reacting quickly so he can make up for mistakes I make. 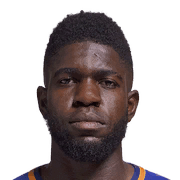 Umtiti worth it? YES

So a lot of u guys wants a review about Umtiti... I got him untrade 2 weeks ago paired him with Alba and Varane. He's strong & fast enough to stop OP strikers. He save my *ss a lot of times with extraordinary tackles. He wins the headers vs tall strikers 10/9. He scores me 10 goals all of them after corners headers, bicycle kicks... Top3 deffender in LALIGA so i recommended him if u don't have the coins for Varane or R...
Read full review 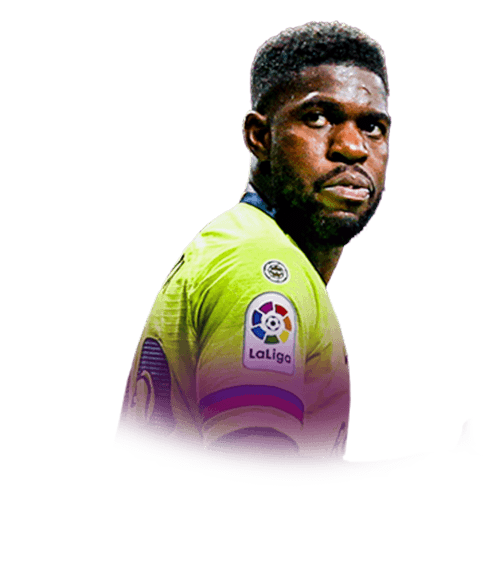 After I had used the normal version of Umtiti in FIFA 19, I decided to go for his sbc, though I hadn’t the coins to complete his SBC. So after the rewards I completed him and he has been a beast for me. Actually one of the best defenders I have ever used. He is pretty fast and agile for a center back, which is great, but he has also great jumping and heading accuracy, these...
Read full review

I nearly never tried Umtiti because (as I imagine many other people have done) I looked at his height and pace and thought he wouldn't fit the game. You're usually looking for those tall yet fast CB's like Varane or Sanchez. But after being surprisingly disappointed by Varane and Ramos (they weren't bad, just expected much more), I decided to give him a chance. Now I have over 400 games with him and he's one of the oldest p...
Read full review
0
/600
Update my avatar Dos and don'ts
Top Rated
New
Controversial
Show comments