I've been having an issue defensively with my Bundesliga squad but this guy has solved all my problems. Martinez was too slow. Delaney wasn't great on the ball. Tolisso never seemed to be where I wanted him to be. I was sceptical giving Forsberg's Scream a chance, but I put a hunter chem on him and have never looked back. His tackling could be better, but his positioning and interceptions are brilliant.

He's now worth half of what I paid, but I don't regret that as I am certain I would have lost plenty of the games I won with him (Silver 1 player).

The deeper we go in FIFA, he'll become less relevant, but at this point I definitely reccomend giving him a go in any Bundesliga teams. Not worth building a hybrid around, however.

***Review posted when boosted stats are defence and physical***

Very good on the ball for short to mid range passing.

Surprisingly good in the air.

Tackling could be better, but most players eem to intercept rather than tackle.

Not a great scorer of goals. My set up has him sitting quite deep so he is never really near the box but the times I've gotten near I've not been impressed.

Will struggle in the air against taller opponents, although his accuracy is very good. 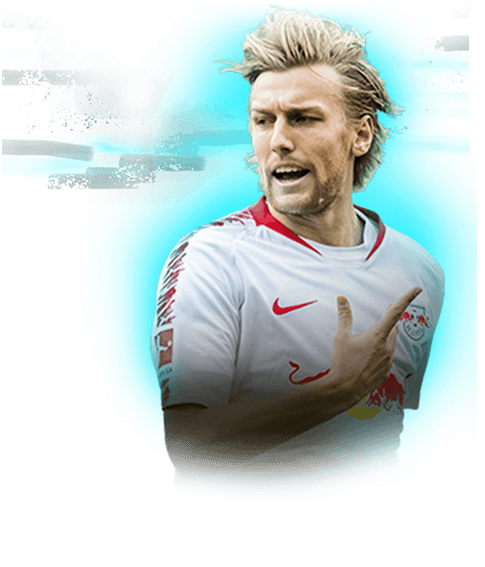 I'm a casual fut player (Div 6 Rivals, Elite 2 SB kind of guy), so I don't play WL or the more serious competitions, so I hope my reviews will resonate with the semi casual crowd looking to have a good time in fut without spending their entire life playing it. My team hovers in the 500-700k range (in terms of futbin total value), so if you're like me, I hope you enjoy this review. Key point: The 90 defen...
Read full review

Best Cheap Mid/CAM in the Game

Emil Forsberg is different. After using him for only 6 games, I can say for a fact that he is the best CAM you can get for only 20k. He is better than Thiago, Goretzka, Muller, and every other CAM I have tried. With his current boost to defense he can also play CM at a high level, but he wouldn't thrive in a CDM role due to low tackling. He feels pretty quick despite only 78 pace with engine on him, ...
Read full review
0
/600
Update my avatar Dos and don'ts
Top Rated
New
Controversial
Show comments