In general a total game changer , packed him untradeable but even if i could sell him i would never , he's staying in my squad probably for very long time

I'm still not sure about which chm.style , tried Hawk and didn't like it , now Engine , but tbh i tend to use that chem v.often , and so far i'm more than pleased with it

I like this position a lot and was for me always important , so i was more than lucky to get him

my team is still v.weak since i am v.busy recently to play (84 rated) so i guess with stronger formation he will perform way much better

pass pass , and pass doesn't matter if through , low , short or long , left foot or right , rarely misses the pass

long shots of course but not as the stats suggests , still with better formations could perform much better (mine with him still 84 rated)

posotioning in both attack and defence is great , right there to perform the exact kind of pass or shoot I am thinking about

PHYSICALITY could be a set back if he's tired, and against tanks like (Baily-Van dijk-Sanchez) especially all cam's tend to loose thier stamina v.fast due to thier position, but for that i make him stay forward , and give him the freedom he deserves , and for that he never get's tired , on the contrary in second half he tends to push away strong defenders 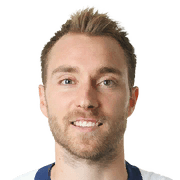 he is fantastic, by far the best CAM I used in FIFA 19. He will leave my team only if I can exchange him with an Inform from him.He is a very offensive attacking midfielder, with whom you can score at any time from almost any position.His Stats in my Team are pretty awesome, I've played him for 153 Games and he scored 103 Goals and made 85 Assists, so he scored more goals per game than my...
Read full review 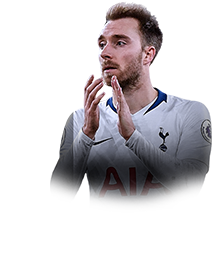 Made an account to write this review because it's an unbelievable card.Best CAM I've used all year, and i've used a lot of CAMs. The likes of KDB, Socrates, Rui Costa, you name it - this card eclipses them all Playing in a 4-2-3-1, Eriksen in the centre with Mbappe and Neymar on either side. It feels like Eriksen empowers my other players, he compliments everything they ...
Read full review 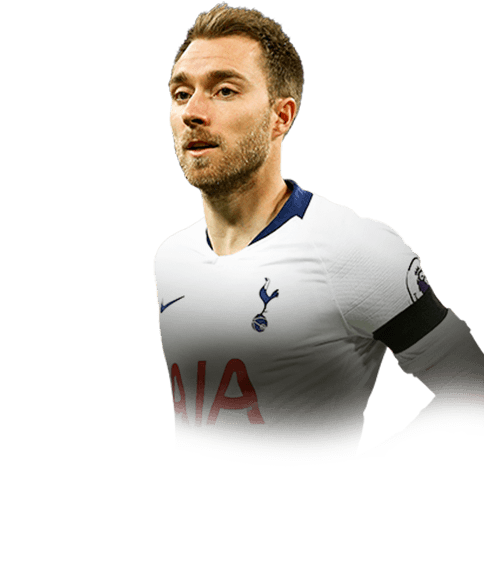 Most broken card i have ever used!

I packed him in my fut champions player picks. I have used him in a 4-1-2-1-2 formation at cam with a hunter and he is the best cam i have ever used. I have used player like prime bergkamp and de bruyne but he is way better. His pace is decent, his passing is great and his dribble is also awesome. But the most overpowered thing on this card is his shooting. Every single finesse shot in and around the penalty area goes in. N...
Read full review
0
/600
Update my avatar Dos and don'ts
Top Rated
New
Controversial
Show comments