* Loves to get nutmegged often

* Always hides behind the post during corners. Too many players in his box gives him social anxiety

* Loves smearing butter on his gloves before the game begins

* Has the reflexes of a Loggerhead Turtle in a coma that's suffering from severe head trauma.

* Secretly has a phobia of round objects. Tries to avoid them at every opportunity.

* Hates his team mates and tries his darndest to undo all their hard work.

* Isn't actually a goalkeeper. He's just a nasty Scooby-Doo like villain who, when his mask is removed, reveals himself to be the oppositions kitman. I got Pickford in my FUT champs player pick and I have to admit I wasn’t pleased, however during the start of FIFA I used him in a squad around 100k and he wasn’t actually that bad, I had also used Rui Patricio, Begovic and IF Cech but Pickford was by far the best. So I decided to run Pickford for this week and it was possibly the best decision I have made on FIFA so far. He is v...
Read full review 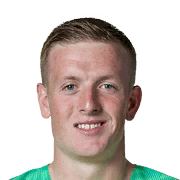 A decent goalkeeper card. If you don't want to spend too much money on Goalkeeper, Pickford is the one you should buy. He made lots of saves in the matches. Average 5-8 saves in one match. First time for me to score a goal that was assisted by a goalkeeper.
Read full review

At the start, i believed that Pickford would be a good addition to the squad, how wrong was I. His height was especially worrying he couldn't even reach the crossbar the crossbar if he tried, every shot more or less he would parry into his own. Extremely disappointing from an upcoming England star which should reflect on his card but my Nan age 92 could do a better job than this card.
Read full review
0
/600
Update my avatar Dos and don'ts
Top Rated
New
Controversial
Show comments