There is a lot to talk about when someone mentions Mertens and the way he should be played. Usually, conversation involve sentences like these; "O noes, he smull, -NO Stenthg butt he fastt >:("

These usually don't answer anything and leave you with more questions than you had in the beginning.

So where should you play Mertens? Fam, I don't know. What I do know is that I play him as a striker. So....do I have issues..? Well besides the fact that I lost half of my fortune due to Black Friday and got fuck all, I'd say no....Mertens as a striker actually does work...and your formation as well as all the players around him have a huge impact on his performance. It's more about in what kind of situation you often find yourself when using Mertens. If these situations happen to be crossing situations i may advise you to stay away from Mertens as a striker as he is neither tall nor strong. His strength is something that is noticeable in-game....A LOT. According to EA, this bloke goess less to the gym than I do and that makes me feel good about myself. Often you will find Mertens falling...for no apparent reason and when I say no apparent reason I mean this guy gets thrown around like a wheel of Parmigiano Cheese during making. The easiest and most efficient way to utilize a Mertens striker is to play through the middle OR from the flank with low driven crosses and through balls. So any formation that is more centered should do the trick OR a 4-3-3 if you like low driven crosses and perfectly timed through balls.

I found out that using anything that involves a LM/RM can be tricky to master but once mastered, like I did (small ego boost), it can and will be...spicy (I just did the ok hand and kissed my fingers like I'm some sort of italian chef.). The reason I find this strong is because I am a guy who really loves through balls and is always searching for the cheekiest of angles.

Mertens -> Pass-Go to a winger -> Through ball to Mertens -> 1-on-1 -> Goal...as simple as that. Brb. I just noticed that Spotify is playing some weird ass donkey shit.

His shooting is something that really fascinated me, at least to some degree. He is really clinical from everywhere and even more so when you slap a Deadeye on him. What I did realise though is that Mertens has a weird tendency to smack the ball over the bar even when he is a few feet in front of the goal, therefore I recommend to pipe down when filling the shooting bar otherwise you'll be hitting the parking slots outside the stadium and probably be fined for illegal parking.

There is not much more to mention. His passing is very good and of course much better compared to the passing of your conventional strikers like Icardi, Immobile or Higuain. This of course can and probably will be crucial as he won't be giving anything away to the opposition because of an inaccurate pass (fuck you, Immobile!).

Same goes for his dribbling; it's in the 90ies. He is agile, fast, quick on the ball, can turn around easily and would probably leave me faster than my girlfriend did.

His Workrates of course are also ideal for a Striker, he will often make runs behind the enemy, so yeah.

Stamina isn't really an issue if he is used as a striker because strikers generally don't run as much in the game. CAM could be a problem but it really doesn't matter who your CAM is because CAM in FIFA 19 get really tired, so make sure you have someone to bring in when the 60th minute of the game hits.

To make it all short; He has proven to be a very good striker if used 'under the right conditions'. Of course, alternatively you can use him as a CAM, everything I just said also goes for CAM

so feel free to do whatever you please.

Very Agile and Quick at Passing/Dribbling/Shooting 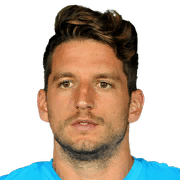 This Card is Incredible

Mertens is a benefit to any team. With his incredible 89 pace and his 94 agility, he can slip in and out of defenders with ease. Combined with his 90 dribbling, getting into a one on one situation with any player will usually result in a positive outcome. 80% of the time, Mertens will beat the defender, unless the defender is Pique. Which brings me to my next point, Mertens's physicality and height. Mertens has so many posi...
Read full review 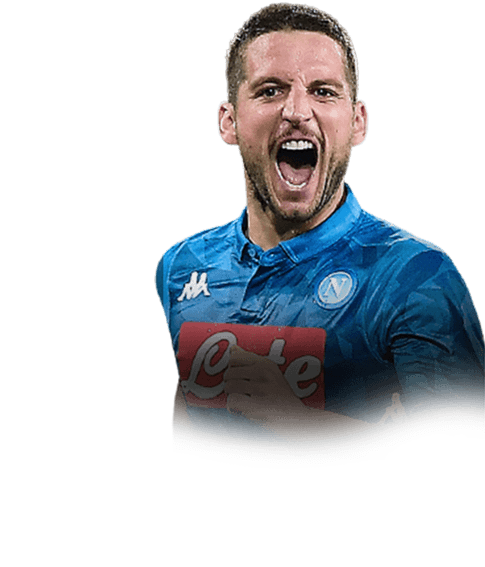 Mertens is quite possibly the best affordable CAM in the game. I was lucky enough to pack him in my Gold 3 rewards. Whether he is coming off the bench or starting he is a joy to play with. His long shots are insane and usually go in and feels very agile on the ball. Although quite weak and slight, he often intercepts the ball when the opposition is playing out from the back. His passing is also superb
Read full review

Before buying him, I really have doubts cos he's bloody expensive for a serie a player with an in form card. but he's the only quality player for me to green link with my hamsik. but once I play with him, he feels so smooth! he felt like an assassin, creeping out of nowhere to make the run and scores the goal. he either scores a hat trick or don't score any in a game. he shines when your opponent gives spaces and he will pu...
Read full review
0
/600
Update my avatar Dos and don'ts
Top Rated
New
Controversial
Show comments