When I was building my squad the striker position was a huge dilemma for me. I was looking for a Sirie A striker and as I already had Dries Mertens as a CAM I knew the player couldn't be a small player, for example Gomes. I looked at 3 players as my main options: Higuan, Immobile and IF Belotti. I had used Immobile before and although his finishing was great he wasn't quick or strong, which is a real negative as I play in the 4-2-3-1. Anyway about Gonzalo, I was skeptical of his lack of pace but I used the FUTBIN compare feature, which I recommend to everyone who hasn't already discovered it, and seen that his strength was great and in comparison to Belotti and Immobile he was a great inbetween, maybe with lesser pace stats at first glance. At this point I will mention I haven't used IF Bellotti or any Belotti for that matter.

In game Gonzalo was a huge surprise, a pleasant one at that. He wasn't like driving a bus more like a truck, not rapid but great strength and hard to stop when he gets going, I find his combination of strength and power when he gets up to pace means often CB's can't stop him. I recently played a game where he just brushed Umtiti aside several times in this one game. His finishing is next level, easily better than Immobile's in my opinion as regardless how hard the shot is he at least makes the keeper dive. Not is his finishing great but his headers and volleys are INSANE, always finding a way to get his noggin on to the ball and scoring volleys from anywhere in and around the box. As for the play out with the box he can finesse reasonably well as you expect but his hold up play is the best I've played with this year, having said this I haven't used too many big strikers in FIFA 19 yet.

His passing and dribbling are nothing special but both are up to standard for a target man as he is. I was worried about his lack of stamina due to his size but it really doesn't effect him as he rarely ever leaves the striker area i.e. never goes wide or drops too deep. This has meant his size is a complete advantage. Just to add another positive his weak foot is amazing and because of how great his shooting is at close to medium range he is practically a 5* weak footer. However his 4* skills cannot be used to any great effect due to his lack of agility.

Overall, Gonzalo Higuain is a striker that gets the job done and more in the box as well as being a great tool to allow players to run off him into space behind.

Finishing- will finish anything, loves a good header or volley

Height- perfect height for a striker in my opinion.

Strength(different from power)- ideal to hold the ball up.

Stamina- if you prefer a striker you constantly puts the defense under pressure this will be an issue. 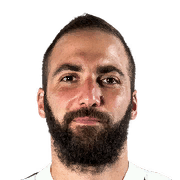 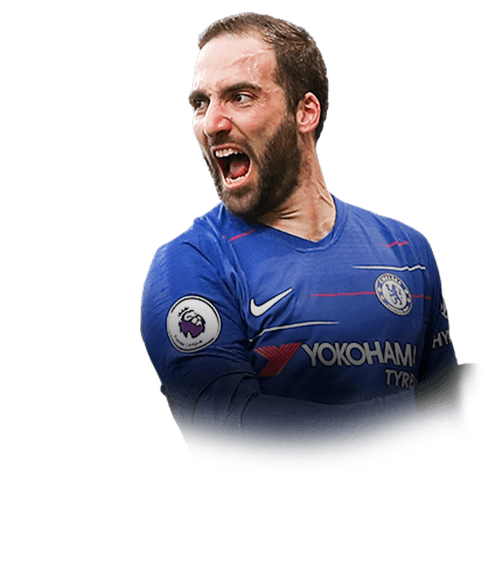 this guy scores so many goals for me each game. he is amazing at shooting but often needs support in and around the opponent's dee. he is slightly slow and clunky on the ball but makes up for it with his strength and godly finishing.
Read full review
0
/600
Update my avatar Dos and don'ts
Top Rated
New
Controversial
Show comments