I have always been a fan of Kane on FIFA. On previous games, I've owned pretty much every IF he's ever had (including his TOTY and TOTS cards). Therefore, when he finally got an in-form, I just had to try it. To contextualise a bit, I play him in BPL squad. Before him, I had used all the main BPL strikers (Lukaku normal and IF, aguero normal and UCL, Lacazette normal and IF, Auba normal), which has helped me to make a more valid comparison. The reason I've kept Kane is simple: if he has even the slightest chance, he will score it. More on this below.

I have used a Hunter on him and I can already hear people screaming "WHAT A WASTE!!?? He doesn't need a shooting boost." Maybe. But I won't come into your house and tell you where to put your furniture. Besides, who doesn't want 99 shooting?

Pace: You know what you're getting with Kane. He's obviously not the fastest striker. He's not slow but don't expect to gas past defenders. Most times, even if he has a few yards on them, he'll be caught him. He has the strength to keep the off (I have scored a handful of goals holding L2 and shoving off defenders) but if you're the sort of person who plays over the top through balls and expects to be one-on-one with the keeper, this isn't going to happen often with Kane. As mentioned, I use a Hunter on him which helps but he's obviously not the fastest. 7/10

Shooting: I have always been a player obsessed with the finishing stat and this is probably why I've always loved Kane. 95 finishing without any chem style is magical. But what makes this card a true sorcerer is his positioning (94 without any chem). Put it simply: Kane will not miss. He just won't. If he has a clear-cut chance, he will score. In fact, to call it a chance is incorrect because this implies there is no certainty. This is where Kane wins it for me compared to all other strikers. He will just always score. After 30 games, he was on 50 goals and 25 assists. He will score finesse, driven shots, near, far, wherever. He just scores (both in Div Rivals and WL). He's a monster.

This is all you need to know really. Defending, who cares? Passing (see the stats on assists above). Physical (see above). 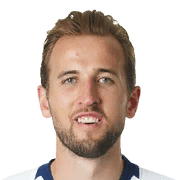 Where do we start, the day has come where pace isn't everything. This majestic human being is probably one of the most meta players you can get alongside Lukaku and Diego Costa. Tall, Strong, fantastic finishing. He has it all for a perfect striker. The man holds up the ball better than the roadworks on the M6, stronger than gorilla glueHe currently player with his Spurs counterparts in my team, POTM Lucas...
Read full review

I bought Harry Kane early into FIFA before its official release for around 82,000 coins. It has literally been my best decision in any FIFA ever. Harry Kane is unreal this year, a game without pace being a requirement instantly had me grasping for his card. I play Harry Kane in a 4-2-4 (Great formation to try if struggling with passing play) and he is an u...
Read full review

Purchased him for 140k during the hype shortly after the release of the guaranteed TOTW sbc and I must say, even if the price was 100k more, I would still happily purchase him. Previously this year I have tried Aguero, Aubameyang and IF Arnautovic, but there was something missing, either they were too weak or their shooting seemed a little off. However I think I've finally found the perfect player for my play style. ...
Read full review
0
/600
Update my avatar Dos and don'ts
Top Rated
New
Controversial
Show comments