This guy got into my team when I saw a chance to replace my felipe anderson whose otw was too expensive in my eyes. Sold him and finished coutinho for around 60k coins.

Let me tell you that guy is a bargain. Playing him in my mixed squad which ingame goes to a 4-1-2-1-2 narrow. Coutinho is playing CAM and was instantly incredible for me. In his first game he scored 2 and assisted 3 in a close 5:4 victory (division rivals div 2). I have to get somewhat used to the squad but I am already in love with this card.

I tried several ChemStyles and in my opinion best for him is hunter. Shooting boost and speed make him an incredible threat inside and outside the box.

Since I have gotten him I played 15 Matches, in which he scored 13 goals and assisted on 17. And thats where I see him at his best, Assists. Its incredible how good those passes are.

when you are going for quick counter attacks this guy is incredible. He gets the ball exactly where you need it. Pair him with quick and deadly strikers to get the most of him.

I would have to guess how many more passes coutinho put inside when all I had to do was lay off the ball to the side for an easy tap in. His assist totals could be double like that easy.

His downside tho is the stamina. 82 sounds good, but Im using my CAM alot. And then this is just that tiny bit that misses. I am subbing him off 7/10 Matches around the 75 Minute. Mostly in close games I take him off, so I can put in a supersub to close out.

His Ballcontrol is amazing you can use this to your advantage and keep hold while your striker get into position.

Not the strongest of players, so if you are looking for a player how does not get bullied of the ball, dont go for him.

For me he is the best CAM I could have, no doubt about that. For a Striker or winger he is a bit too slow for me, but thats not what I need him for. 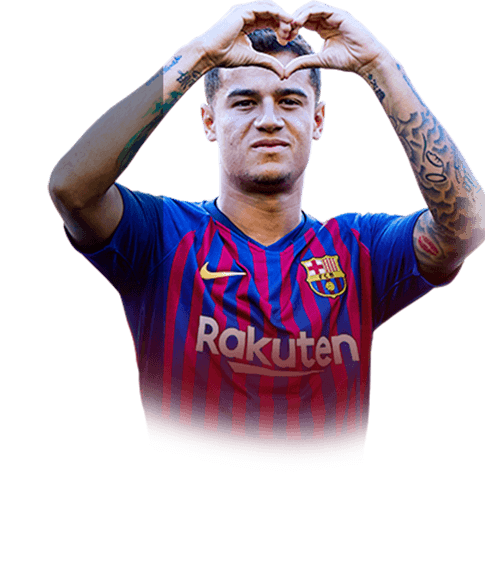 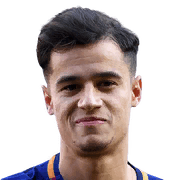 Due to the fact that long shots and timed finishing are very OP in FIFA 19, I suspect that this Coutinho card will be incredibly popular this year. Coutinho's long shots are right up there with the very best cards in the game. Using timed finishing, he's able to generate an incredible amount of power and curve on his shots very consistently while using either foot. Inside the box he is slightly less dangerous, but he's cert...
Read full review 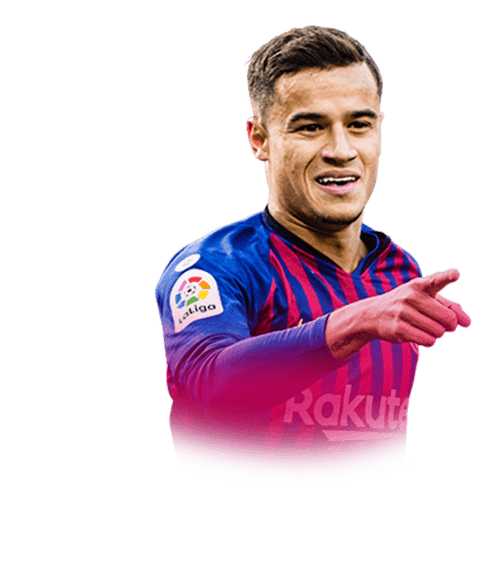 I picked up Coutinho after exhausting my options trying to find a CAM for my team as well as an investment as his This card would be extinct and his price would rise eventually. He quickly overshadowed all the players on my team and scoring more assists than anyone else and more goals than my strikers over the games I used him in. This card is an absolute beast to be reckoned with and 86 Stamina puts him above Messi in Vers...
Read full review

Been using him as a CAM (switching from LW to CAM via the custom tactics) and he is absolutely outstanding! Especially consindering the broken finesse shots, his smooth dribbling and great acceleration makes him a must have in better teams consindering his price compared to what he does on the pitch!
Read full review
0
/600
Update my avatar Dos and don'ts
Top Rated
New
Controversial
Show comments