I've never found a similar low-cost ST like Batshuayi, he's amazing! He's fast and pretty agile, his shoots are powerful and precise (you can shoot with both feet because of his 5-star-weak-foot), he can without problem push off defenders and jump like an animal. I use him as a ST in my 4-2-3-1 with Sturridge, Firmino and Eriksen as COCs. I link him with Kondogbia and Partey IF who I switch in game as CDCs. Initially I was a little hesitant, his passing's statistic didn't convince me much but I didn't have enough cojns for another ST so I tried to use him because I found him as a red-in-form in the previous wl. I put him Catalyst so he would have more pace and passing ability. The result? In 48 games he scored 39 goals and assisted 21 times, he's a monster.

His shoots are unbelievable, he can score from everywhere with both feet. I feel his 78 longshot as a 86-87. 5-STAR WEAK-FOOT

He's very nice with heading accuracy (81), jumping (83) and strength (81). He will score often with his head from corners.

His basic IF card doesn't has so much pace, but with Catalyst as chem Batshuayi will reach 90 acceleration and 89 sprint speed, which are very nice in game.

He's like a baby Lukaku. He pushes off defenders and he will often earn the ball. He also defends very well the ball and passes it to his mate.

He only has 68 of stamina but I really don't feel it. Because of his Low-Med of workrate he doesn't run so much, so he won't be tired in the final minutes of the game.

It's not really a cons but I normally don't skill with him because his dribbling (82), agility (78) and balance (78) aren't perfect for skills. Normally I feel it agile but while dribbling he feels heavy. Despite this he as a very nice ball control.

He has Low-Med so he won't run through the defenders and also he isn't perfect for pressing.

His basic card has horrible passing stats, but with Catalyst as chemistry you will not have problem, of course he's not Messi or Pirlo, but he will reach 81 vision, 75 effect and 73 short passing, which I feel it more as a 80.

I got him from WL and put in my PL team subs.Even without full chemistry is UNREAL.I feel he's the cheapest and even better version of Lukaku!shooting anyone? 87 positioning 88 finishing 84 shot power 5*WF and FLAIR 185' + 81 heading accuracy + 81 strenght = corner beast79 pace + 81 strenght + 85 composure + POACHER = ge...
Read full review 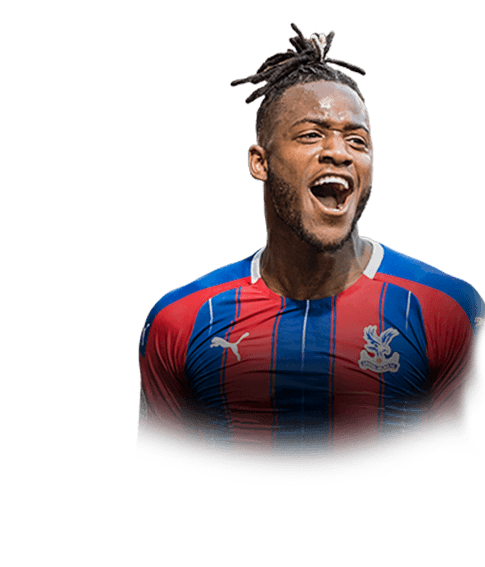 An amazing player in the air if an anchor is in use as it improves both his heading and jumping. However, if you need speed on him to use an engine or hawk to improve him in-game. One sad thing about him is that you have to play him at ST as he wouldn't work anywhere else sadly but luckily due to this he has Medium/Low work rates which is more beneficial for an ST as he's stamina doesn't become a huge con. Another sad thing...
Read full review
0
/600
Update my avatar Dos and don'ts
Top Rated
New
Controversial
Show comments