Hey there. You might recognize me from the review on the base card Sandro had. I was planning on reviewing his first in form after I bought it and used it for a respectable amount of games, but since there were already 2 reviews out relatively quick, it felt unnecessary for me to review him. To quickly summarize my thoughts on that card, it's a great card but I don't think it's value for money. Not too soon after, he received this in form. I did two untradable TOTW-upgrade packs at the time and out of the second one, luckily, he walked out. I had Alonso at the time which was great, but judging off their base stats, I decided to bench Alonso and start Sandro. And hell, do I not regret that decision. He is a fantastic card, let's get more into detail. I will be mostly comparing him to his other cards. Do note that I used a Shadow chemstyle while using him.

Pace - He is very fast, but doesn't feel that much faster than his previous cards. It does make sense, as it is only a +1 on his 87 in form and a +2 on his base card. He will quickly move up and down the left side of the field and can catch up with any attacking player, including the fastest ones such as Mbappé.

Shooting - Not really relevant for a leftback, haven't really been much in the box for him to score. I suppose judging by his stats he will score once a while, but the shot of other leftbacks (Marcelo, Alba) will most likely be better.

Passing - His passing is really good, his crossing is superb. I have the 92 flashback Ibrahimovic at striker since a few days and his crosses towards him have pretty much all been successful. I don't think he's misplaced a short or long pass either. I definitely felt his passing is an upgrade in comparison to the other versions, which I suppose makes sense, because it is a +2 on his 87 card and a +4 on his base card.

Dribbling - His agility and balance isn't Jordi Alba or Marcelo-level, but 80 pretty much in both stats is absolutely fine. He isn't extremely tall and he feels agile and good on the turn, exactly how you would want him too. His ball control and first touches are great and his dribbling in general is quite well, I have been able to beat certain defenders on the wing with him just like a left winger would. He reacts quickly (as you would expect with 86 reactions) which helps him cutting out throughballs for example. Would I say this is a big upgrade to his 86 and 87? In terms of agility and balance, no, but in actual dribbling and ball control, definitely.

Defending - Only beaten in stats by TOTY Marcelo and matching with prime Carlos, Alex Sandro is a great defender. His interceptions, just as I said on the base card, come into play so often. He intercepts so many passes. He rarely messes up a tackle (both stand and slide). His positioning surprised me the most. Defensively he is always in the right position to recover the ball. This really felt better than his previous cards. The positioning of these were fine as well, but on this card, it is something else.

Physical - His physicality is also a big thumbs up. His 94 stamina allows him to run all game, up and down the wing to help in both attack and most importantly, defense. He wins a lot of headers because of his good jumping and his reasonable height at 5''11, and the usually small wingers that he has to defend. He also bullies those wingers and uses his strength and agression to good success to keep hold of the football. However, the other cards of him were just as good physically. The boost of 1 or 2 in these stats didn't feel much different.

His workrates are solid for a leftback to assist attack and defense, and whilst his 3 star weakfoot and 3 skills aren't that fantastic, he can still pull off certain skills he needs to.

All in all, this Alex Sandro is an absolutely outstanding left back card which I'd define as the best left back in the game, outside of probably TOTY Marcelo. The only negative I have with this card (although I got him for 20K, so I can't complain) is his price. 250K is a lot for a left back, and I would only ever recommend him if you have a huge team worth millions. In other words, the 87 (and even his base card) will do just fine for you, although I can definitely conclude that this card is quite a bit better in certain areas.

Thank you for reading this review and have a very nice day :) 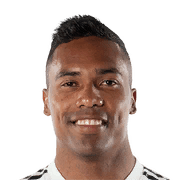 Everyone knows that Alex Sandro has been one of the best fullbacks in the game for a year or two. This year, he's got a 86 rated card again. I have bought and sold him a few times, as his price was continously dropping and rising, but I think it's settled now at around 120K. I have used all relevant good left backs in the game (apart from Icons), including Marcelo, Alba, Alaba. I must say, Alex Sandro is my favourite. I'll ...
Read full review

Right... its no hidden secret that Sandro's base card its the best Gold LB in the game. This inform naturally follows on from that. He is a BEAST! Sandro is one of those players who has great presence on the pitch, he always seems to win those 50/50 battles. He comes out on top in almost all scenarios. His stats are in the right place and you feel this immediately after playing with him. Fullbacks are ofte...
Read full review 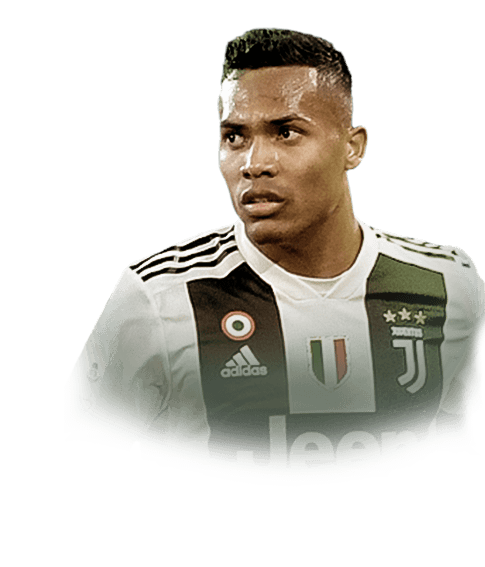 Best LB in the game!

I've written two reviews for two different Sandro cards and as soon as I saw this card being released I knew I wanted to do it, knowing how good his other cards have been. It's been a good two weeks now and still no reviews, but now, there is. I understand that if you have not been able to get this card, you won't care, and if you've got it, you're most likely using him anyway but I have the idea that EA might re-release th...
Read full review
0
/600
Update my avatar Dos and don'ts
Top Rated
New
Controversial
Show comments