TOTY Varane is simply amazing. I managed to pack him as an untradeable in a gold upgrade pack, and even for the 1.8 million coins give or take that he costs, it is totally worth it. He has so many pro's and almost no con's, and I truly think he is one of the best defenders in this game, easily as good as other top class defenders such as TOTY RAMOS, TOTY Van Dijk, Maldini, Blanc, etc... Keep in mind that I use an anchor chem style on him, but others such as sentinel would also be fine in my opinion.

Defending:With anchor all defending stats become 99 except an 97 in interception, and I can say that his defending is perfect. He always gets the ball from the opponent, and never with fouling. He will win all aerial duels and will always clear the ball.

Physical:Jumping, strength and aggresion are amazing, and stam is great for a cb's.

Passing: You could defiently feel the passing boost with the 99 in both short and long passing, he will rarly misplace a proper pass.

Dribbling: 99 in ball control, reactions and composure is amazing for a cb, and his 85 in agility is also a nice addition to TOTY Varane

Shooting: Obviously an irrelevent stat for a defender, but TOTY Varane has good heading, and in the games that I've played with him so far, he's scored a couple header goals already from corners.

Price: I suppose TOTY Varane's price is expensive coming in at about 1.8 million at the time of writing, but if you have the coins, then he is simply worth every penny. 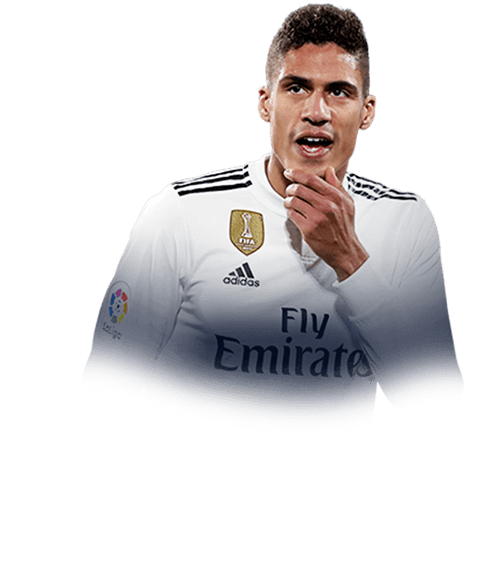 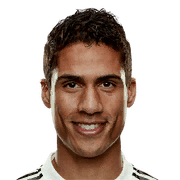 An amazing defender who deserves to be No1. Nothing gets pasts this wall. He is unreal. I tried Virgil Van Dijk, D.Sanchez, Azpilicueta, IF Bailly and Umtiti but this guy has been something else in game. All of the above defenders are really good this year, although, Rafael in my opinion is one step ahead of being the complete - best defender. Currently, i am playing him with an anchor chemistry style and he rocks! Does he ...
Read full review

Raphael Varane is my favourite CB in fifa and in real life as well this year.He is expensive for most of the people but he really worth this coins(200-250k).He is so fast, he can easy catch every player in the game even very fast wingers like Sane, Mbappe, Costa.He is absolutely amazing in defending and he has very goog strenght too.In game i feel his DEF and PHY much better than 86 and 80.His best stat is definitely his pa...
Read full review

Best Player in the game!

Varane is the best defender i have used in every iteration of fifa. He is overall the best player i used in fifa 19 yet. His strength, Pace and Defending quality's have been massively important in all my games of the past weekend league. Thanks to him i got elite 3 for the first time ever.
Read full review
0
/600
Update my avatar Dos and don'ts
Top Rated
New
Controversial
Show comments