I always wonder why people overlook this card when building a Bundesliga or hybrid squad, most likely because of his rating. I know him from Fifa 18, I used his IF all the time because he was so good and now that he is in the Bundesliga I had to try him. I'be played with Alaba and Him, and he is way better LB of the two of them. Alaba is good, but not as a LB. Roussillon's stats are way better in game. He's been in my team fro 500+ games and I cant let him go, he always performs for me and never fails. He is fast, strong and always puts up a fight with the likes of Mbappe, Messi, Neymar, Salah, and Bale. I put a Sentinel chem on him to boost his defending stats. I link him with FutSwap Guilavogui and that partnership works great for hybrid squads. Im waiting for his IF this year and I will be the first in line to buy him. 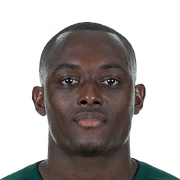 The best left back in the game!!!

Once I was looking for a Bundesliga left back. I tried Alaba, but I expect more from him. So I decided to try Jerome Roussillon and he was amazing. In his first game, he must defend against Bale and baby-icon Ronaldo and they had no change. His tacklings are just so good. He is only 175cm but wins almost every header. He is the best left back I have played so far and I played with: Marcelo, Filipe Luis UCL Live, Alex Telles...
Read full review

You are searching for an cheap leftback, Roussilon is your man. One of the best cheap players i play against.Speed He is fast enough to keep up with most of the wingers or strikers.Defense Starting with his tackles, his tackles are suprisingly really good combined with his speed and his agility he can get you the ball very often. His marking is really good and his workrates makes him a ve...
Read full review
0
/600
Update my avatar Dos and don'ts
Top Rated
New
Controversial
Show comments