When I first completed the SBC, I was expecting him to be very good, because of the fact that he has very similar stats to Mbappe, but better. He has the same pace, one better dribbling, four better shooting and six better passing. I can confirm that he is exactly how good I thought he was going to be. I used a sniper on him to get his dribbling up to 96, and his shooting to 92. First off, he feels super quick, just as Mbappe, and his 99 agility and 4 star skills means he can get just by anyone. Even with a lot of catch up by defenders in this game, his acceleration and sprint speed are so both so high (96) that he is able to get by most defenders. His shooting is also amazing, and he has 97 shot power and 87 curve, meaning he's insane at both power shots and finesse shots. For a striker, which is where I play him, he has really good passing, meaning his link up play is great. Pair that with his amazing pace and 1-2's with him are really good. Lastly on to his physical. Although he only has 70 strength, it's not too noticeable because usually he is able to speed away before getting pushed off the ball. His stamina is fine at 81. I play him as a striker with stay forward and get in behind, and he is going to have more than enough stamina after the game is over, and he should make it through extra time just fine. But I know some people like to play with pressure after possession loss or heavy touch, and he will get be able to stay the whole game, but in extra time he will be dead. This guy only cost me 140k, which is a bargain. I mean, this guy is better than Mbappe, and 100k+ cheaper. He will also get most of the same links as Mbappe due to the same league and nation. 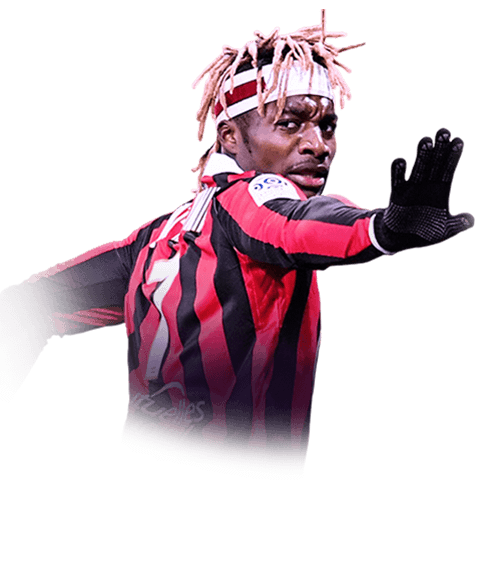 This guy is sick. While I procrastinate doing economics revision I decided to write a review of this little french messi. His standout stats, 96 pace, 99 agility, 91 dribbling, 95 shot power and 88 passing make this guy a mental CAM in the 41212 narrow formation, darting like a serpent through the two centre packs like Lozano with more dribbling and a nice gucci headband. Although he is quite difficult to get, especially wi...
Read full review

If you´re looking for an cheap alternative to Mbappe, Saint Maximin might just be your guy! For around 150k you get an amazing winger, who can be a real Game-changer. I played him as a RW-Player and he impressed me. His Power-Shot is just amazing. Dribbling past 3-4 Defenders shouldn´t be a problem with his 96 Acceleration and Sprint Speed, pared with his incredible 99 Agility , 91 Dribbling and 93 Balance. I decided to p...
Read full review
0
/600
Click here to verify your account in order to comment Update my avatar Dos and don'ts
Top Rated
New
Controversial
Show comments