When I saw this card and how cheap it was considering the rating, stats and height, I was really looking forward to using him. But oh boy, was I in for a bad surprise. I bought him for my newly made team right before weekend league started... I played him for 15 matches and I can say with confidence that he is, by far, the worst goalkeeper I've used in Fifa 19. But before I get into the bad stuff, let me tell you what I liked about him: he's fast and aggresive at corners. I've had goalkeepers being too passive at corners and conceding goals because of that, but Lafont is really good at that. Also his kicking is decent, I actually assisted one goal from a long kick onto the wing. That's about it though. I feel like Lafont has a tiny window when it comes to actually saving shots. He's terrible at shots that come directly at him - the amount of goals I conceded because he somehow moved out of the way of the ball, though it was coming directly at him, was remarkable. He also has a terrible, terrible reach however. He's 193cm, but honestly feels like he's below 180. I didn't expect him to have the reach of a Courtois, but no matter if it were finesse shots or just regular power shots, as long as they even remotely hit the corner of the goal - no way he'd save them. While I don't like shifting the blame for a loss on the game or my goalkeeper, but I'm pretty sure I would've won 2 or 3 games I lost after he conceded ridiculous goals. 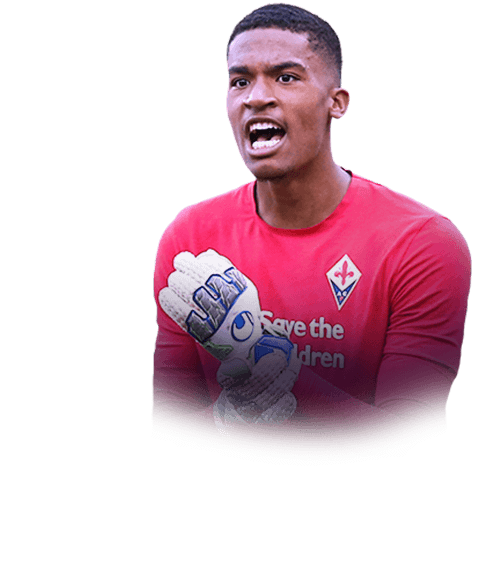 I came to check his price out of curiosity, as I had packed him (untradeable), and was surprised to see the negative reviews of him, so I figured I should probably write my own because I have nothing but positive experiences with him at the back. When I packed him, I sold my 89 Handanovic, and I haven't looked back because he has outperformed him. Diving: Does really well to get down for shots that look li...
Read full review

Lafont looks incredible. A top 10 stats-wise, but plays so bad. He gets to most things, but he makes everything look SO difficult. He punches shots in at the near post, his handling is terrible, and he's just floppy, that's the best way of describing it.Everything bounces off him, he makes easy saves go out for corners, and you just can't trust him, he keeps your team in so much trouble by not just coming ...
Read full review

DONT GO FOR HIM

i needed a french GK since i have 92 blanc and just got Futties kimpembe. So i wanted to give him a try despite people saying different opinions about him. But i must say now after 40 games with him during this weeks WL and rivals that most people are right. He is pretty much trash compared to what his stats say. his height is fine and some of his saves and catches are pretty...
Read full review
0
/600
Update my avatar Dos and don'ts
Top Rated
New
Controversial
Show comments