Thus far, my favorite goalkeeper that I have used. He's just extremely consistent unlike some of the other keepers I have tried out this year. A couple of times I have taken him out of my team to see if I could find someone better, but I keep coming back to him. I use GK basic on him, like I do with every decent keeper because it's common sense to boost as many stats to 99 as possible.

Diving: His diving I suppose would be his weakest spot, although it's 96 with a chemistry style on him. It's not that he's particularly poor, I just think that the likes of Handanovic and Lafont (the two keepers I have used in my second team) make more spectacular, sprawling saves than Oblak. That said, Oblak makes all the simple saves with ease, and gets to plenty of shots that look destined for the corner; he's particularly good at getting down to the low corners.

Handling: I used to believe that handling was one of the less important goalkeeper stats, but I think now that it is probably the most important, or at worst the second, and Oblak is largely responsible for my change in opinion. Most goalkeepers can make the saves, but not many hold on to the ball like Oblak can. Even if he can't catch it, he does well to get the ball pushed out to the side out of the danger area, or for a corner. Because of this, I've found I've conceded far fewer rebounded goals that keepers just palm towards the penalty spot for someone to tap in. I tried Casillas instead of Oblak, and the handling is the key factor for me switching back. Casillas also sometimes just seemed to let the ball go right through his legs (or sometimes his entire body somehow, but that never happens with Oblak. He's also great at punching the ball far on crosses/corners if he cant quite catch it in the traffic. The punches normally go pretty far and somehow find a teammate a lot of the time, but that may just be a coincidence.

Kicking: I never really kick the ball out with the keeper, as I prefer to throw it out, play it to the CBs or drop the ball to his feet where can lead the fullbacks who start charging up the field. 78 kicking is good enough I find though. I play with 87 Benzema up front who has 99 heading and if Oblak kicks it up to him Benzema will win it 85% percent of the time or more. His general passing, if you play it back to him from the CBs seems fine as well, just don't go for risky passes and it'll all work out.

Reflexes: 99 reflexes with the chemistry style so you can't ask for much more. Does well to get down to low strikes in particular. Unlike some keepers who sometimes seem to dive after the ball is already behind them, I don't think I've ever seen this from Oblak.

Speed: 43 is alright, but nothing special. It's slightly less than Courtois and slightly more than Ter Stegen, so I suppose he's on par for the league. I've gotten somewhat used to playing with Lafont and Neuer of late though, and there is a somewhat noticeable drop off from these two, particularly Lafont. Oblak doesn't rush out of goal quite like Lafont and Neuer, so 1 on 1s tend to be closer to goal and are saved at a pretty average rate I'd say. The speed isn't a liability to using him. As long as you know how to defend, he won't even be in those positions often, plus if you know when to tell the keeper to start charging, you'll be fine.

Positioning: His positioning all around is superb although its ONLY 98 with the chemistry style. He guards his near post very well, rarely if ever getting beaten there. He seemingly starts relatively high up the field/in his box for balls over the top, so he is often able to cut out the ball before an onrushing attacker can get onto the end of the ball for a 1 on 1. I find he starts out on corners somewhat farther out of his goal than other keepers, and is relatively aggressive going for the ball, especially with punches.

Overall, he's about as good of a keeper there is in the game. 51,000 (at the time of writing) is quite expensive for a non-special goalkeeper, but you get what you pay for. He is worth the slightly higher cost to upgrade from Ter Stegen, and feel that he is better that Courtois even though Courtois is more expensive. There's really no actual downsides to his card other than maybe his height, which at 6'2" is relatively average for a keeper (Casillas is 6'1, Ter Stegen is 6'2", Lafont and Handanovic are 6'4", Courtois is 6'6"), but I haven't found it to be a problem like I experience with Casillas.

Average height at 6'2" (although I don't find it problematic)

Average speed (again, not problematic, as long as you know how to defend and control keeper)

Average kicking (I don't kick often so I could care less, and I think many feel the same)

Difficult to link other than Atletico/La Liga players 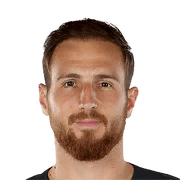 After last year's disaster with goalkeepers, I was hesitant in spending 40K on a GK during the EA Early Access period. But I told myself if I get a good keeper now, I wont have to worry about buying another keeper for until a major TOTW player is released. So after 90+ games with Oblak in net with a back four of Filipe Luis, Carvajal, Bartra, and Lenglet, I've come to the conclusion that Oblak is definitely worth the price ...
Read full review 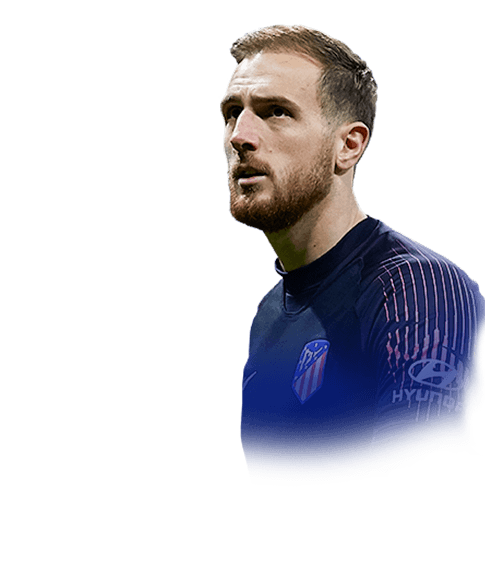 The 95 Oblak may be one of the best keepers in the game. He has insane reflexes at 95 which you can feel in game, makes some outstanding saves, so good at 1 on 1's and has got insane handling (97) which seems to be the most important stat for a goalie with also 86 reactions. His height at 6'2" is more than enough and a pretty standard keeper height. I use a shield chemistry style on him to get 99 kicking, increase speed and...
Read full review

You probably already guessed that this beast was playing CB. Of course, i was using him there for the Sweeper Keeper Objective, which only took me 3 games to complete, thanks to this guy enabling me to keep 3 clean sheets and allowing Ederson, Kepa and Leno to bang goals. Surprisingly this guy is an insane centre-back and backpocketed every Alisson i came up against. However, one game EA decided that their perfect mismatchm...
Read full review
0
/600
Update my avatar Dos and don'ts
Top Rated
New
Controversial
Show comments