Well going into this review i like to say that I played more than less half and half between squad battles and Rivals game in division 4 with him. From theses in a 4-1-2-1-2 he has had a Goal Ration of 0.92 and an assist ratio of 0.56.

In game I have played him with a hawk chemistry style as I like to have striker that can run behind the defensive line of the opponent while also being a threat on the headers and he IS that guy. He has scored at least 10 goals on headers where he reaches ball that are intended for a player after him but where he just auto jumps and puts it into the goal. Further on he really takes a shit lot of good run inside and around the box, which puts him in some great position for a R1 finish.

- This is the Number one attribute about this card, on a Hawk Chemistry card he has 99 Jumping, 90 Heading, 88 Strength, 99 Aggression and  is 6’4. That just means he beat almost all defender in the aerial space.

-       This is really the key to why this card is worth so much more than the 50 k he goes for, often you pick between pace, strength or finishing abilities, but here you get it all. The 91 pace on hawk feels like absolute enough because of the position, aggression and stamina which makes him find all the right spaces where he can run with the ball.

-       His dribbling really isn´t that good, but his agility and dribbling makes him feel rapid with the ball on his feet going in a straight line. I haven´t been caught up by any CB´s after getting a feet away from them on a pass.

-       Inside the box his finishing is ALWAYS spot on, he will score if you get the space with him. It’s a little bit different outside the box. He rarely scores from there but his shot power means that keeper often gives a rebound or corner.

Unless you expect Ronaldo like driblinng on your striker with these beasty attributes i wouldn´t say he has any cons. 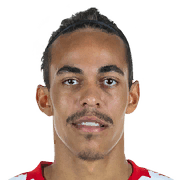 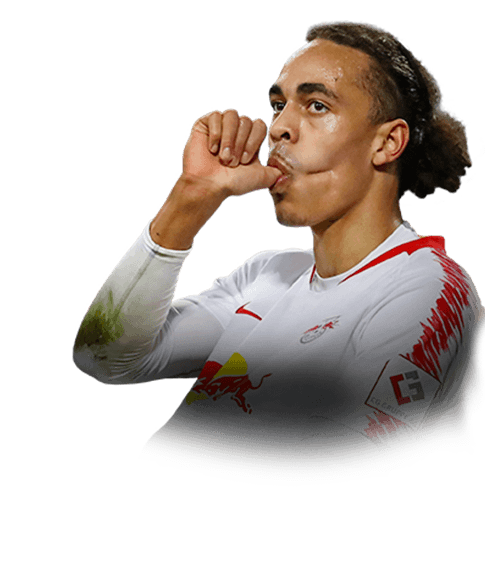 TIF Yussuf Poulsen is a god among men. The 87 Danish colossus is quite simply one of the best all-round strikers in the game. Forget ‘meta’, forget ‘OP’. This man deals in absolutes. Cross to Poulsen = goal. Every time. Wanna stop your opponent scoring sweaty corner goals? Use Poulsen. Want to SCORE sweaty corners? Use Poulsen. Need pace & strength up front? Poulsen has more...
Read full review

This guy!!You wont believe what this guy delivers, he played 50 games, 68 goals. Poulsen is (in my opinion) the BEST STRIKER in BUNDESLIGA!First of all, what stands out is his heading ability, i play him with a hawk, 99 jumping, and 6'4 which is taller than my bunk bed.Then, for a 6'4 person, he is pretty fast, his strength is amazing and he looks sexy as well, what a co...
Read full review

This card is absolutely insane. This man's positioning, strength, pace and heading is out of this world. He is very hard to get off the ball, and as soon he shoots it's almost certained to smash through the net. Everytime you put the ball to his head, he will beat every defender as his jumping is crazy. So do i recommend this card? Absolutely!! Probably one of the funniest and best strikers in the bundesliga this year. ...
Read full review
0
/600
Update my avatar Dos and don'ts
Top Rated
New
Controversial
Show comments