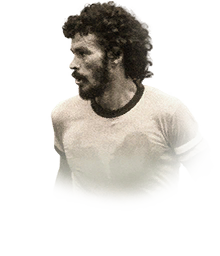 Hello everybody! And welcome to another player review!! We haven't done another review since CR7, but man, this guy deserves it.He is so fucking good, we previously tried his 89 version and man, we fell in love with him. We knew we would do his prime sbc as soon as it came out and when we saw the optimus prime, We literally got a boner. As soon as the sbc dropped we did it (and became poor, but doesn't mat...
Read full review

After many long hours of trading, weekend league and saving up coins from div rivals, I decided to use my hard earned coins on his SBC. At first I was terrified he would not meet my expectations, but he exceeded them by far. His SBC is very expensive, but IMO he is worth it. In hindsight I would gladly pay around 3 mill for this guy. Sócrates is a complete game changer. He will win you games and makes great runs in behind ...
Read full review

Socrates is a Greek Brazilian god amongst mere mortals. He is everything Pogba aspires to become. The only thing EA could do to "balance" this card was give it 4 star skill moves and mediocre jumping; otherwise, he would be unstoppable. With an engine chem style, Socrates will majestically glide past defenders and ruin their whole careers with only a few swift movements. He's a huge, physical presence who can dribble...
Read full review
0
/600
Update my avatar Dos and don'ts
Top Rated
New
Controversial
Show comments