Many people just worry about reinforcing their team's attack without realizing that to create goalscoring chances you need to handle the ball.

Kante TOTY is a monster, a real monster in midfield. He's everywhere. He destroys, steals balls, is fast as a bullet, his pass is exceptional in both short and long, and his shot is deadly.

Wherever you need him, he will be there. Unlocking matches with a 30-metre shot or a miraculous defensive cross that will save you from a sure goal against.

As an added value and to complement his short stature, it would be good to place him alongside a larger midfielder such as Vieira, Petit or Fabinho.

Kante TOTY, the best investment for your team.

Passing, if you miss a pass, look your hands.

Low size, but he wins lots of headers against 1,85 rivals, including half dozen head goals.

Finesse shots. Not bad at all, but better use powershots. 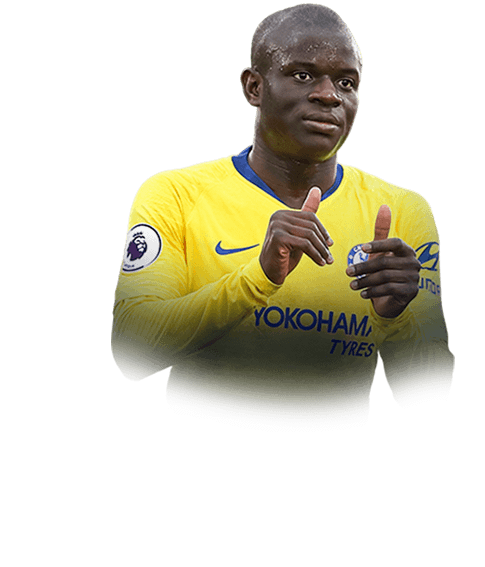 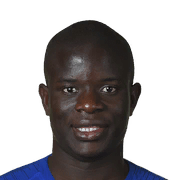 The best CDM in the game comes from EPL and France. N'Golo Kante dictates the middlefield for 90+ minutes. His 96 stamina keeps him going forever. His tackling, balance, agility and defending are phenomenal. Speed and passing are way better in game from what the card states. One of the few players i haven't regret buying up to this point. His only negative is his height, 1.68m so do not expect him to win those headers for y...
Read full review

I was lucky enough to pack him at last minute PL premium upgrade SBC and immediately made some changes to feature him in my squad. he is very fast , very agile and very very strong. he dribbles like Messi , passes like Kroos and tackles like .. well like Kante. I use him as LCM in 41212 and LCDM in 4231 and no matter what he is EVERYWHERE defending and attacking. he could b...
Read full review

One of the best player in his role, essential for any team in FIFA 19. for me it is to be considered a game changer, but why?. He's the fifth central back of your team, but he's different from the other CB, he's really fast and his defending stats are crazy. 96 stamina is like a drug for hum because he can run for the entire match without any problems. His passing is good, better than other player in this position, his drib...
Read full review
0
/600
Update my avatar Dos and don'ts
Top Rated
New
Controversial
Show comments