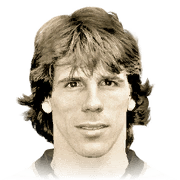 Best CAM in the game so far

PACE:9/10Messi's style pace, unbelievable acceleration and a great sprint speed. He can easily outrun any ICON/TOTY defender in the game. Its not about stats, its about goblin height animation..KEY STAT - 93 ACCELERATIONDRIBLING: 10/10What can i say about dribbling, AWESOME!, FANTASTIC!. He moves thought ...
Read full review
0
/600
Update my avatar Dos and don'ts
Top Rated
New
Controversial
Show comments