For some credibility, I'm a consistent Gold 1/Elite 3 player and have been playing FUT Champs since it's birth in FIFA 17.

I played with De Rossi for about half of my weekend league, and I used him on an anchor chem style. As you can see by the squad, I use De Rossi in a 4231 on the right hand side partnered next to Emre Can. I had been using Fabinho previously. Compared to Fabinho, at least, the cards are night and day as they should be. De Rossi makes a much bigger impact on the game, you can tell he's there. I know sometimes there will be the problem of CDMs where they aren't noticeable or in the correct position, but those worries are gone with De Rossi. If your opponent is going to try and get past De Rossi, it's going to be extremely difficult for him. Compared to Emre Can (Carniball) he is the way more solid defensive player 100%. I can basically say he is the best Serie A CDM that has been released all game, probably a top CDM overall. I recommend an Anchor chem style to make him a complete CDM, but I can also see a Shadow chem style doing bits, but I have yet to try that.

If you have the coins and the team (even if you don't run a Serie A squad or have the icons, you'll probably need him somewhere down the line), I recommend you definitely complete this card. For roughly over 200k (minus that with untradeables) you'll be receiving a top CDM, as well as a Rare Mega Pack and Prime Gold Players pack.

-Good dribbling but not great

-Terrible finishing if the chance arises 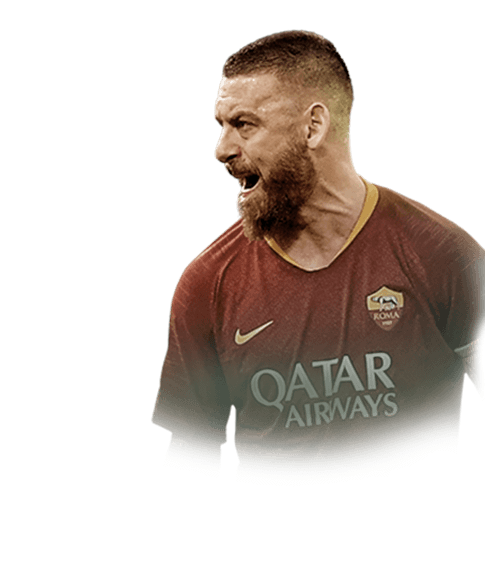 (In my squad link: I start out using a 4-2-2-2 and sub on Ibra and Mkhitaryan in order to have 100 chem and have as many players on 10 as possible)Move over Will Ferrell this guy is the real anchor man!!!!If you are looking for an anchor man to support your back line and provide your forwards with service to start quick counters look no further because Daniele De Rossi is your guy! If And...
Read full review

My Goodness! What a monster this man is! I was looking for a cheapish CDM and the second this SBC came out I knew I had to get it done! He is literally everything you want in a CDM/ CM. Amazing passing, incredible physical and his defense is immense. Add to the fact that he is 6ft and its like having another CB running around the midfield that can pass and shoot from distance. The Chem style that I use is Guardian, it seems...
Read full review 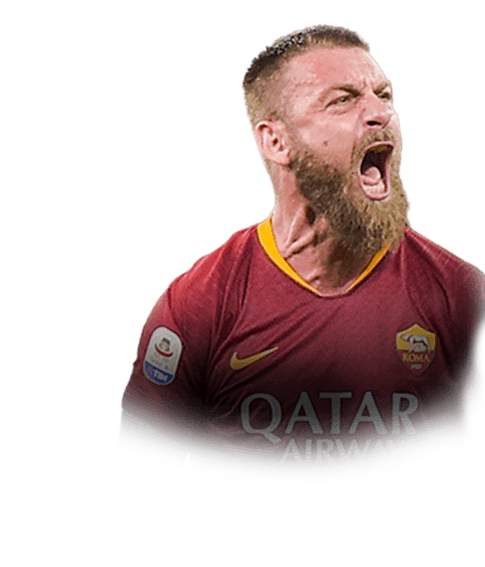 Bought for 29k, he is in my team because i need a roma midfield to complete the triangle with ucl florenzi and regular manolas and he's the best option since nainggolan left roma. i start in 433(3) but in-game i play 5212 (i move casemiro at central cb). de rossi plays left cm alongside my boy ucl allan whom i wrote a review about long ago. both of them are set to stay back while attacking, but i use more conservative instr...
Read full review
0
/600
Update my avatar Dos and don'ts
Top Rated
New
Controversial
Show comments