This SIF Belotti is a goal machine. He can score with the left, he can score with the right, he wins like 7/10 headers at corners against the usual defenders (van dijk, varane, ramos, etc.) and he can outpace the last defence line, if the pass is timed correctly. For me personally he is better than CR7. I tried many differnt strikers in the game: Icardi, Lewandoswki, Suarez, CR7, Aubameyang, Immobile, Mbappe, Bale, Belotti IF, Ibrahimovic Flashback. According to my scoring stats (all in rivals and WL) the best strikers were:

So the first Belotti was already in the top 3.

I played only 29 matches with the SIF Belotti, but it looks like he could get similiar (at this moment even better) goal stats as Ibra: 29 games, 36 goals, 12 assists ( involved in 1,65 goals/match)

I noticed that he's also relatively good in assisting (also the first one surprisingly). That 69 vision and 77 short pass seems to be enough to also take part in the build up play. Also the longshot stat (71) is a bit of a fake stats. You can literally score from every position (finesse or normal). Maybe the only real con are his long passes, but there are only rare situations when you have to take a long pass with your striker.

All in all you have a perfect striker, who can score with anything an also can make some decent assists, and that costs you only 50k. 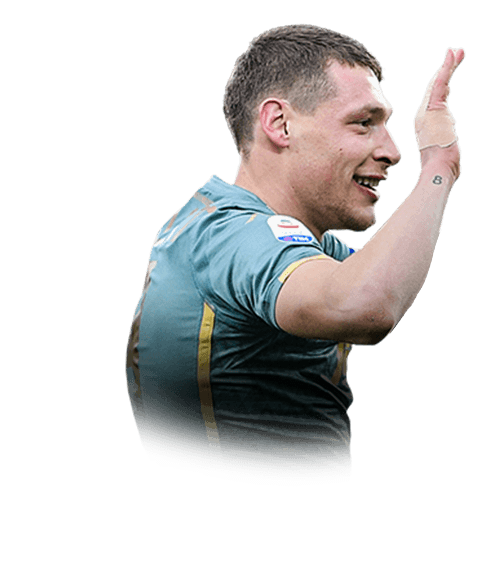 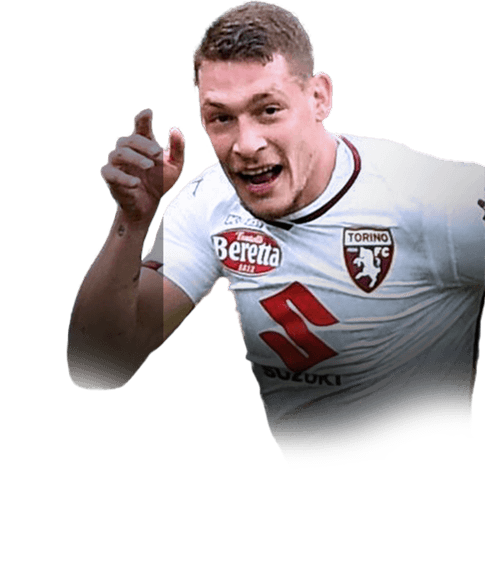 I packed him in my FUT Champs rewards and was rather indifferent to his card. I had used his base card for about 23 games and he had a return of 10 goals and 18 assists - he wasn't the lethal striker I expected, he was far better at holding up the ball for another player to make a run. Regardless of my past experiences with him, I put him in my team, replacing Immobile and overall, I was very impressed him him. I used a Mar...
Read full review 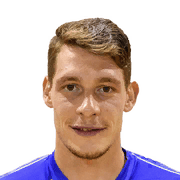 Andrea Belotti, the beast of last year has returned. He is just better this year.Pace isn't as much of a deal this year so Belotti's pace is more then enough.Just pass to him around the box or in the box and fire the canon.He scores from everywhere. With his left or right he doesn't care.For 1K (!) you will have the best Serie A striker.
Read full review

I've always been a huge fan of Belotti's card, so I was quite excited when I saw this one. He is everything I could have asked for and more. I had been using his previous in form for a long time, but tried to replace him with a few players (mainly Zapata), but nobody can really compare to this card. Pace: I use a hawk to get him up to 88 pace which is plenty for the way I use him. For me, he plays m...
Read full review
0
/600
Update my avatar Dos and don'ts
Top Rated
New
Controversial
Show comments