i used his nif for a long enough time to make an opinion about him and make a review, but then i decided to try his if for my new serie a squad. he mostly plays middle cam in 4231 with maestro chem style, but sometimes i also switch to 4321 where he plays left cm. thanks to him, 4231 is much better.

he's basically the pogba of the serie a: neither fast nor agile, but with extremely accurate ball controll, big strong body type, dominant in the air, powerful shooting and reliable passing. He also has better defending stats and workrates so he can track back and be the cornerstone of the team. given all of that and the fact that he has 4*WF which i think is crucial for central players, he ticks most boxes of the ideal middle cam wishlist.

he has an outstanding impact and presence in the midfield, knows when get into the box for crosses and is reliable for hold up play (i always launch the ball to him from goalkick since he's better than sif belotti for hold up play). he scores a lot of goals and sets up most of my attacks. he also feels smooth when executing skill moves which is not common for such a tall player.

overall, a pretty strong card especially for his price, and probably the most suited serie a player for middle cam in 4231 which is a very popular formation as you all know. not the easiest to link outside the serie a, as his best strong links are carniball immobile and headliners skriniar and his non serie a usable links are limited to just if/ffs jovic.

pace as a whole 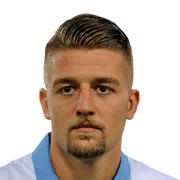 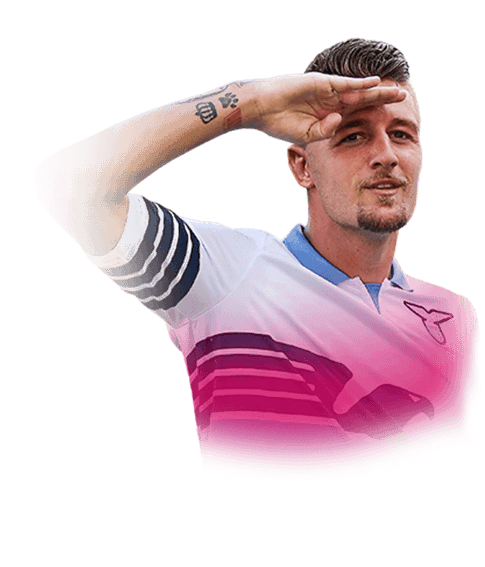 omg. This card is free!? He imo is the best non-icon CM on the game and will be better than most tots cards and it is free somehow, and with engine becomes an absolute machine. It took me about 4 hours to get, roughly 16 games with rage quits and for the time it is so worth it and I would highly suggest him even on 5 chem as a sub. I used him in 9 champs games so far and on 10 chem with engine chem style, scoring 4 goals an...
Read full review 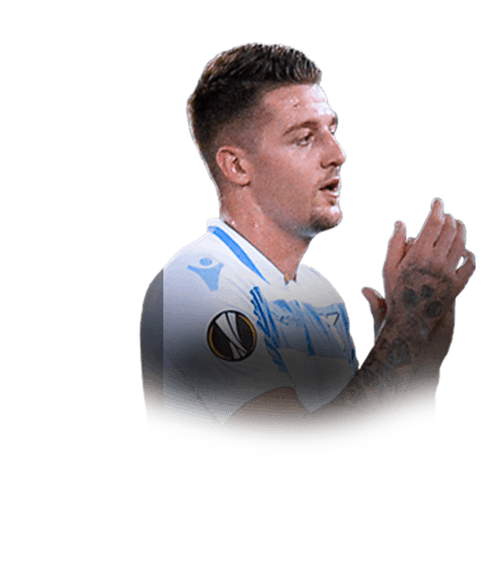 As soon as I saw this SBC I knew I wanted to do it. Not because I'm a Lazio fan or anything -l just love big, tall midfielders like him in this game and it's the first Europa League live card you can obtain, and a reasonable upgrade. Additionally, Lazio seem to be doing well in the group stages, so he's almost guaranteed an upgrade, which makes it even better. And that for 150K - if he would get a 87 rated in form, it would...
Read full review

This is the first time I've felt the need to go out of my way to leave a review for a player on Futbin - that should tell you all you need to know!We all know Savic is a meta player...but I'm still surprised at how good this card is in game! Savic plays great for me in a 4-3-3(4). His positioning is incredible and always finds himself in the right place. Also has great short/long passing which help you ret...
Read full review
0
/600
Update my avatar Dos and don'ts
Top Rated
New
Controversial
Show comments