I hope this review gets published before the SBC is over so a lot of you can make an informed decision on whether or not you should spend 200K for him. This time, I won't analyze each category like how I usually do, but will present you the overall conclusion, and some tips to get the best out of Doumbia.

First of all, I don't know how he was back in FUT 15 so I can't make a comparison to his old version. But a few days before this SBC is released, I just got my hands on Prime Butragueno 92 and I can say that I had an amazing time with Butra and were scoring goals for fun. He was the best striker that I had so far in the game. But then Doumbia card came up, I looked at the stats, and noticed that he is not far apart from 92 Butra. In fact, Doumbia has more in game stats compared to 92 Butra. So I sold Butra and decided to complete this SBC. I play with mostly ligue 1 hybrid squads, so to be honest, Doumbia did not have a place in my team to get a full 10 chem. But I decided to play him with 8 chem anyway and so far in 20 games all rivals, he scored 26 goals and 16 assist for me. In the first 20 games I played with 92 Butra, he had 23 goals and 9 assist. So it's fair to say that at this point, Doumbia performed better for me. But does that make him a better card than Butra? It really depends on your play style.

If you expect a meta-player out of Doumbia, you will be disappointed. He is not the type of player that can be abused. As a matter of fact, in the pitch he does not feel as good as his card says. He also only has 3 star skill which also not ideal for skiller. If you play with your whole team to build up the play, however, he would complete any squad out there. If you blend him right into the team, his potentials would be unleashed and you will see the true beast that is Doumbia. He would finish any sequence of play, make intelligent runs and be in the right position. For me, he is the best complete striker that is not only fast, but can finish equally with both feet, can head the ball, and also can hold off the opponent. So do analyze your style of play before completing the SBC and this might be your best 200K investment in FUT.

Here is three tips to get the best out of Flashback Doumbia:

1. DO NOT raise your expectations

Looking at the stats, honestly I thought this was an end-game card. He has EVERYTHING that you want your centre forward to have. Or at least, I have always wanted a complete forward like this. Stats-wise, he's very fast (94 Acceleration, 99 speed), he's strong (99 Strength), he can head (99 Jump, 84 Heading), he can dribble (All dribble stats above 80, 91 composure), he can shoot (all Shooting stats above 80 & 90) and he's not short (179 cm). He sure does not have 5 weak foot, but with stats like this, I take 4 stars weak foot any day. With these stats in mind, I headed into the first game feeling confident and thought that my Doumbia would be untouchable. I was wrong. He felt heavy at times, he got pushed over, he didn't feel as fast and his shot felt weak. But then I realized, it was partly due to the fact that I was expecting a superhuman out of him, and partly because I was trying to use him the way I used similar meta player such as Butra and Mbappe, which leads me to my second point.

2. DO NOT make him your main man

With meta players such as Butra and Mbappe, sometimes I have the tendency to rely on them and just try to get my ball to their feet for them to do their magic. I was trying to do the same with Doumbia and failed miserably because he is not the same type of player. Instead, make him as involved as much in the game, and he somehow will find a way to be at the end of your sequence of play and score one for you. In order to that however, his 72 PASSING stats is a bit lacking, which leads me to my third point.

3. DEADEYE instead of SNIPER

Looking at his stats, I know that it seems like SNIPER is the most tempting option. After all, with sniper you get almost perfect shooting and dribbling stats. I used sniper myself on him for the first 10 games, which resulted in 8 goals and 4 assist. It was not bad but something was lacking. His passing was particularly terrible, his dribbling didn't feel as good as the stats say, and overall he was not blending into my team. So I changed my chemistry style to DEADEYE and man, I had a breakthrough. In the next 10 games he racked up 18 goals and 12 assist. He now feels so much smoother and always contributes to the overall play. Some players DO feels like a different players entirely with a change of chem style. I don't know if this tricks work for everyone, since your play style also comes in effect. But they worked for me.

- A bit difficult to link 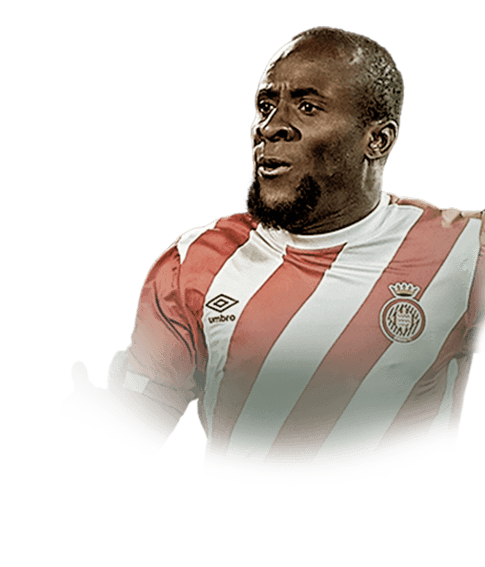 Okay, lads, I grabbed this card 7-10 days ago and now I feel experienced enough to provide my first FUTBIN review ever.Summary:Cheme: I play 4-2-3-1 with three CAMs and GOAL MACHINE on the edge (see the link)Best chem style: I tried deadeye first and everything went not that great, then changed to sniper and benefited a lot. It's up to you and your needs, but I's suppose to ...
Read full review

Doumbia is a machine!

Sorry for my bad english but i had to write this one.For me, Doumbia is an absolute beast in the game. He is really fast, VERY strong (holds up 90 % of defenders) and most important for me: really clinical without using finesse shots.As everyone even more likes to put their goalkeeper manually to the far corner of the goal and expect an finesse shot, Doumbia's shots are better when used the r1 and l1 to send a...
Read full review

This guy is a beast, with great finishing and super strength, he is almost the complete forward, he is just lacking height. I play him in a 4-2-3-1, and I have him on stay central, and get in behind. From these tactics he takes a lot of runs, which are really useful, because he is lightning fast. I would recommend using him with the dead eye chemistry style, to make up for his bad passing.
Read full review
0
/600
Update my avatar Dos and don'ts
Top Rated
New
Controversial
Show comments