After thinking about doing this SBC for a good couple of hours, in the end I decided to give it a shot and went for it. His 70 stamina was the only issue that was making me hesitate about doing the SBC, but i'm glad I didn't let that get in the way of me getting RVP.

In the end, did him for around 170 k which feels like a bargain to me with the amazing card I got

SHOT-Every shot and I mean EVERY SHOT this guy took on goal made the keeper fumble it for a tap in, or it just arrowed straight in. 10/10

PASSING- Very accurate and direct every time I used him to feed my Van Basten through balls. 10/10

DRIBBLING- Good dribbler, felt agile on the ball aswell. He's not Mertens in terms of agility, but does weave through defenders well. 8.5/10

PHYSICAL- His 70 stamina does put a lot of people off, but to be honest I didn't even notice the stamina until one of the games I played went into extra time. He was done by the 110th min but before that, you couldn't feel that his stamina was 70, felt like an 80. Strength wise, he out muscles defenders with ease if you hold down the L2 button (PS). Jumping felt more around a 80, won a ton of headers for me. 10/10

-If the game does go to extra time, be ready to sub him out because he can't last long with his stamina.

-Weakfoot can be a bit of an issue, he can score tap ins with his right foot but anything else don't even bother

-Make sure you play him as a Striker , CF or Cam with a good workrated CM or CAM next to him to cover him on defense 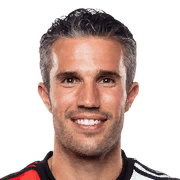 Prime RVP, what a card. Has a brilliant combination of shooting, passing, dribbling. Defenders can't get near him with 99 Strength. Always seems to find space in the box to unleash a flashback thunderbolt. 3* Weak foot obviously not ideal but isn't much of an issue and *4 skill is useful. I play him with Headliner Ziyech and SIF Lozano either side to provide a bit of pace and trickery to...
Read full review

Whelp. What more can I say about this card that his stats don't. Personally I play RVP as a cam sitting just behind Tevez in game. His finishing is INSANE, anywhere around the 18 and you can count on this guy to score. The only thing I would change about this card is making him have better balance and stamina.
Read full review

One heck of a player!!! With Eredivisie TOTS coming out soon, this is the kind of striker you want for your team. A Manchester legend always, this is a great card!
Read full review
0
/600
Update my avatar Dos and don'ts
Top Rated
New
Controversial
Show comments