Kevin Mbabu is the best value for money RB in the game, and also the best RB overall.

I am an average Divison 2/3 player (I self-purposely degrade myself for points and better rewards) and a gold 1/elite 3 player and I have never been so dominating on the right flank. With his physical and dribbling, he goes Through, not past, he literally goes THROUGH opposition players. I had AWB TOTS and I sold him for this guy. A sick freaking player and with him in your team, I'm telling you, you'll win EVERY, and I mean EVERY 50/50 battle. He doesn't get bullied off the ball, he bullies the others, with nothing but his aggression and strength which might not look sky high, but it feels like it.

35 freaking K for this card is absolutely insane. I have linked my squad and that's obviously how I start but you just have to do him!

KEVIN MBABU IS A GOD TIER RB and you have to do him, NOW! 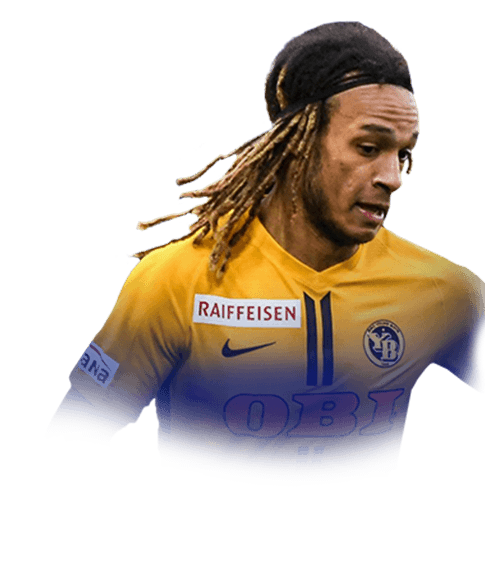 What an amazing player! I used many RB in my squad, for example Walker (in my firts days), Valencia premium SBC, Aurier UCL and others. I had just picked Schar, so i decided to test this swiss player on my 4-3-2-1 squad. He is an incredible player and his nickname should be "the swiss Gullit". He can control the ball like the most skillful player, defend like a beast e make the difference in the both sides of the fie...
Read full review

This RB is insane!! His pace and his defensive stats are amazing. I played with Cancelo, Walker and Lala, and Mbabu is better than these. To talk about his stats in game, especially his pace(acceleration and sprint speed), his stamina and the sliding and standing tacke are so good. Also his combination of strength, composure and balance are ok. I think that you shouldn't shoot with Mbabu, and in my opinion, his passing is g...
Read full review

I have used Lala if card since the beggining of fifa 19 and was satisfied with his stats workrate etc. but man this guy is a total beast. doesnt get tired at all and his strength for me is 10/10. Little amount of coins for such a good RB!
Read full review
0
/600
Update my avatar Dos and don'ts
Top Rated
New
Controversial
Show comments