I don't even know where to start with this card, he's that good. I got TOTS Aguero out of a guaranteed EPL TOTS SBC and has continued to preform every game for me. I routinely play FUT champions and usually earn Gold 3, now, with this card, I easily get Gold 1. To start, Aguero has played 34 games for my club and has an earth-shattering record of 46 goals during that span. I play him in a 4-3-2-1 paired up top with POTM Sterling and POTM Lucas. What makes his card insane is his 98 dribbling and 4 star weak foot and skill moves. His ability to dart in and out make him a nightmare for even the best defenders. If skill moves aren't your thing, his dribbling stat makes it so easily to control the ball without moving the right stick. His little runs through the middle make him a pain to mark, with one little through ball shredding the defense. However, if 2 defenders attempt to mark Aguero, it leaves one of the wingers open to make a run down the wings. In all I have played FIFA since 2014 and he is by far and away the greatest card I have ever used.

Literally everything but here are some really good aspects:

The only problem I have with Aguero doesn't apply for me but its his ridiculous price right now. But if you have the coins, splash it on this player. 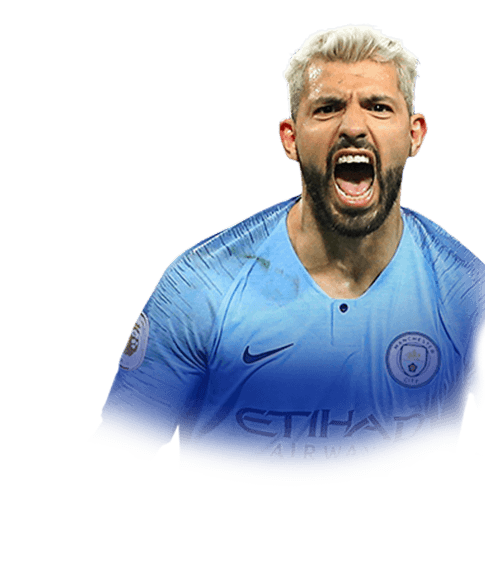 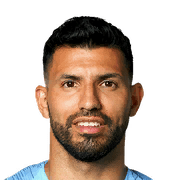 One of the best forward i've tryed till now, probably outplayed only by the tops like Mbappe or Ronaldo. He is both playmaker and goalmachine.Used him in lone striker in 4-3-3(2) and 4-3-2-1, he is as usefull to combine in middle than to take space and finish it off alone.High pace and 88 acceleration means he can burn through any defender in though space, while his astonishing dribbling states makes he can tu...
Read full review

Oh man its so nice to score with Aguero and the whole pitch yelling Sergio SERGIO SERGIOOO. What a player that he is. He can dribble so nicely over deffenders and protect the basll as well using just your left analog (No Protect the ball is really needed). Dont get foolish by his 84 pace. All that matters this year is acceleration and he has 88 so you have nothing to worry about, especially if you apply Hunter whic...
Read full review

What a player ! If you're about to get Kun, do not hesitate for a bit. I tried a lot of ST of BPL, Serie A ou Ligue 1, this guy is the best stricker i've used so far. This guy is a gamechanger and can save you games in the last minutes. Paired him with Sane and Lucas POTM and they are incredible all three together. He can shoot from anywhere inside and out the box and is an incredible finisher. ...
Read full review
0
/600
Click here to verify your account in order to comment Update my avatar Dos and don'ts
Top Rated
New
Controversial
Show comments