since he expires tomorrow, i'm writing a review today. i've only played 8 games with him, so take with caution the numbers i managed to achieve with him and focus more on my impressions.

anyway, i play him left striker in 41212(2) alongside carniball inaki williams with my untradeable 95 cf messi behind them at cam. Instructions are get in behind, stay forward, stay central.

in the 8 games i played with him, he had 13 goals and 2 assists, but sometimes i forced the ball to him to actually see how he played.

When i saw his stats before completing the sbc, my concerns were acceleration, passing (mostly vision) and balance. i believe that the best chem styles for him to be a complete striker in 41212(2) are either engine or catalyst. For these 8 games i run engine, but i'll try catalyst next as soon as I can.

At first I feared he would feel stiff, but he actually feels really smooth for a 6’1” dude with limited skill pool. I’ve always felt a big difference between players with or without engine, but his dribbling stats may allow you to do well without engine. They are pretty good, even 85 agility is enough for this type of player.

Next thing I want to talk about is pace. His sprint speed is of course very high, but the acceleration is pretty bad. He’s 100% a get in behind player, with high attacking workrate and 98 positioning he makes perfect runs so you absolutely need him to be faster. seriously, his runs and positioning are the best i've ever tried. With engine he definitely doesn’t feel slow, but having Williams who has equal sprint speed but much better acceleration I can definitely see the difference, hence why I’ll put catalyst on him.

Shooting is very strong, ofc positioning and finishing are perfect, 92 shot power and 94 volleys are just enough for me to avoid wasting a chem style for shooting (in that case, probably hunter or hawk). He can score everything in the box with either foot with little to no difficulty, but he can do damage outside of the box too, especially if you want to boost his shot power.

Passing is just enough for close passes but he’s terrible at everything even slightly more complex than that. You have to position him well to launch a throughball, and you absolutely can’t make a long pass (which luckily are almost useless for strikers). However if you position him well, his throughballs and short passes are actually very accurate, that’s why I think vision is the one big flaw in those passing stats.

Physical and aerial presence. He’s just as he seems. Solid, but he’s no tots felipe / tots vvd level. He can score headers and bully people, but his strength becomes a scary weapon when he’s sprinting. He’s very difficult to stop when he’s on his pace rather than back to goal. He can definitely fight, but he can improve a lot with hawk. His aggression helps him out a lot.

Overall this is a pretty good sbc to complete, especially if your pack luck is fire. With the right chem styles he can be effective in many ways. Hawk is probably better for lone striker, but since I play 41212(2) I need a passing boost more than a physical boost. If he was on the market I would 100% pay 250k for him.

Shooting and composure (especially in the box)

Positioning and reactions: he is always the first to get on loose balls in the box 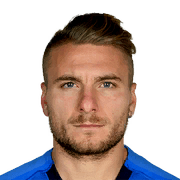 If you need a big man up front that can do it all, this man is the guy to buy. He takes 3-5 games to warm up to you, but once you start to get how he plays... he becomes unstoppable. I mostly play in division 4 on division rivals.
Read full review 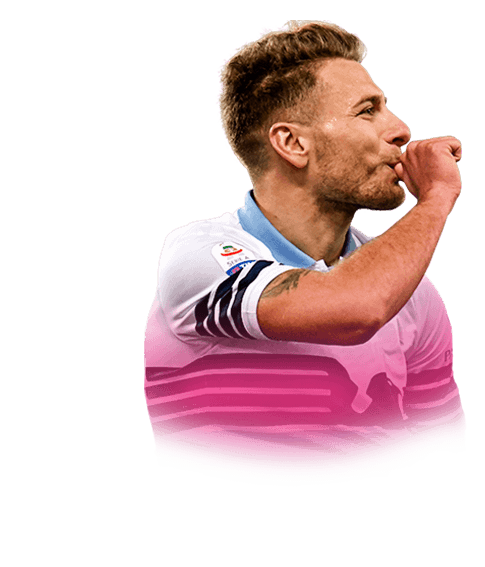 So ive only played 7 games with this card but holy shit, he is an animal. physically abusing people in the box all the time, making good runs into the box. in those 7 games goals have come from finesse shots, low driven and a couple of bombers. his passing stats are a lie, they feel so much better in game than what it says. 25/30 consistently passing for a striker per game, ill take that. crosses are freakin nuts too. im no...
Read full review 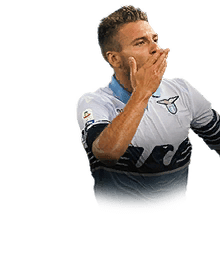 I was lucky to get him in Draft. Playing I was shocked how good his finishing is. On the wings I have equally good players (Bale, IF Hazard) but Immobile was a star and he scored most goals (10/13 in 4 matches). After draft i bought him to ma squad and i was not disappointed. I do not play for him, but thanks to the high level of "Positioning" he is always in a good position to shoot. Ofc he had some cons like pace (for me ...
Read full review
0
/600
Update my avatar Dos and don'ts
Top Rated
New
Controversial
Show comments