Got this guy in a bundesliga upgrade, and was quite happy but thought I would just use it in an SBC, then I got Trapp in my guaranteed the next day, so I decided to do Tah to try them out. He was absolutely phenomenal. I have POTM Auba, middle Socrates and FB Muller who always get MOTM, but since I had this guy, he's got it in 10 of my 14 matches, even in games when he doesn't do that much! He's just class in every area: defence, agility, pace, crossing, dribbling, physicality etc. I used UEL Alonso before who I though was really good, but this guy is a class above. He tackles, literally anyone, I've played so many fast and skilful wingers/strikers but no-one gets past Halstenberg with his insane defence and physicality. He feels so nice to turn with his 78 agility and 73 balance both feel like 90 at least. 99 crossing superb and means no chem style needed to improve passing, which meant the shadow takes him to 99 marking, standing tackle, sliding tackle, 97 interceptions and 97 pace. 6 assists in 14 games is by no means bad for a lb and my defence feels so much more solid with him. His high/high workrates means he seems to appear everywhere in defence and attack and with his stamina he just keeps going right to the whistle. He has very good heading and jumping so never gets beaten in the air and although I haven't exactly tried it much, his shooting seems pretty good, with 1 goal from 1 shot, from just outside the box into the top corner.

Weak foot? Not sure why you'd need it, if you want to cut back to cross his is still very good on his right

Skills? I don't use them so not important for me 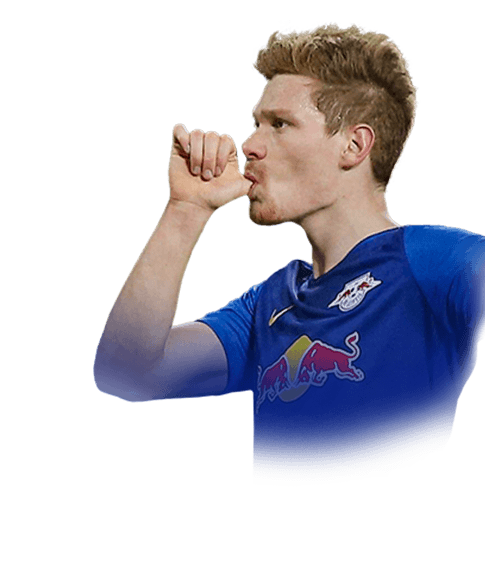 WHAT A CHANGE TO MY TEAM!

Lie back in your chairs, get a cup of coffee and a biscuit, because I think I am going to be a long time explaining to you how FANTASTIC this card is!First up, here is my team- (h...
Read full review
0
/600
Update my avatar Dos and don'ts
Top Rated
New
Controversial
Show comments