So as a Liverpool fan I already wanted to make a squad about the hero Origi but he looked to bad but when he got the Motm card I thought that the stats looked quite good and I had enough coins to buy him so I did. He to me is already a legend in real life and I wanted to know if he can be just that in fifa aswell. Here are my experiences !

Review was made on marksman chemistry style.

pace: 88 pace is more than enough for me. He is able to run past normally fast defenders and also can run down the sideline and cross into the box, even though he is not that type of striker. 185 cm doesn`t really feel like an issue.

shooting ( boosted ): I have to say he is a really clinical finisher. He can score 1v1s long shots volleys and headers. Every shooting stat is +90 plus 94 heading accuracy. Just the free kicks are really bad ( what a surprise. ). Corners are always a way to find him and only few defenders can stop him from hitting the target ( e.g. van dijk ). He actually always scored in the important games for me like in real life so if you are 3 goals down always rely on the almighty divock :) I did not feel the 3 star weak foot , felt more like 4 stars to me.

passing: not much to say here. Short passes are no problem but just do not try long balls they are awful.

dribbling ( boosted ): He hardly is able to shield the ball against strong defenders even though he has 91 strength. 4 star skills though is quite good but as I do not skill that much I did not really care. Agility is also enough. He does not unnecissarilly give the ball away by bad ball control.

Physicality ( boosted ): Maybe my favourite thing about this card. 93 jumping and 91 strength makes absolutely deadly when he gets crosses from a corner or from the wing backs/forwards. Stamina is no problem because he is not the striker that runs a lot.#

Now at some points I might have made him a bit better then he is as I am a Liverpool fan :) I hope it isn`t a big issue.

I am happy if I could help you out with your choice making ! 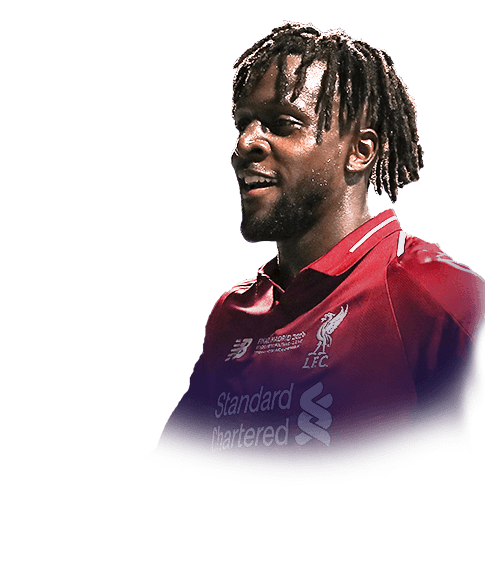