I packed this guy and thought that I would just sell him, but before doing that I would just try him for one match, just to see if I could maybe use him. And I am SO glad I didn't sell him straight away without trying him out, because holy sh*t, was that just a good idea. Throughout the 234 games that I have played with him, he has been playing alongside players like; Kante, flashback Vidal, prime Gattuso, and RTTF Kondogbia. And he's just outshining these guys in some matches, getting more passes, tackles, interceptions, etc. It's just crazy. And even though I have attackers like Messi, SIF Suárez, and TOTS Sarabia, he still manages to become MOTM on multiple occasions. All of my friends are always asking me why I'm buying icons and TOTS for over 500k, but are still not changing out Partey? and the answer to that is just that I don't need to, he's doing an amazing amount of work for me, and I just don't see any reason to do so. But let's dive a little more into some of his stats.

His pace is not the best you can find for a CDM/CM, but with a shadow chem style, there really isn't much to complain about there, he easily catches up to semi-fast or even fast players.

There is not much to say about his shooting, but if it's really needed he can actually fire some decent longshots. His passing is quite good and with 89 short passing and 83 long passing, he doesn't fail most ordinary passes or through balls.

His dribbling is good enough to get a good touch on a powerful high ball (because of his 84 ball control), and with 3-star skills, it's definitely possible to get past a defender with a cheeky roulette.

Now coming to the most important part of this beast, defending. He may not seem like the best, but as the title also says, he's a hidden gem. I don't know if it's the shadow chem style or his in-game stats, but he is always in the right spot and takes the ball of the opponent in 8/10 cases. And most importantly, he keeps the ball after a standing or sliding tackle so you can pass it on to a teammate. He almost never commits any fouls and just knows how to do his job. The only bad thing I can say about Partey defensively is his heading accuracy, which isn't as great as you would maybe hope for a tall CDM like this guy.

And last but not least we have his physicality, a place where he really shines. His jumping is very solid (86) and combined with his 185cm/6'1" he wins most of his aerial duels. And the 89 stamina just means that he's going to run for the whole game, so don't worry about that. And with his High/High workrate, he is everywhere on the pitch. His 82 strength and 77 aggression could be higher, but especially the strength is not as bad as it seems.

So overall this guy is just amazing, you maybe look at his stats and think "Nah, surely I can find someone better", but in the game, I promise you, he is something different. Most of my players cost over 300k and some of them even over 800k, so if I'm still playing with this 40K player (as of writing this), surely that should speak for itself. You should honestly try him, you won't regret it.

Btw. I played most of my games in Div 2 & 3 in Rivals with him, and then some in Fut Champions. 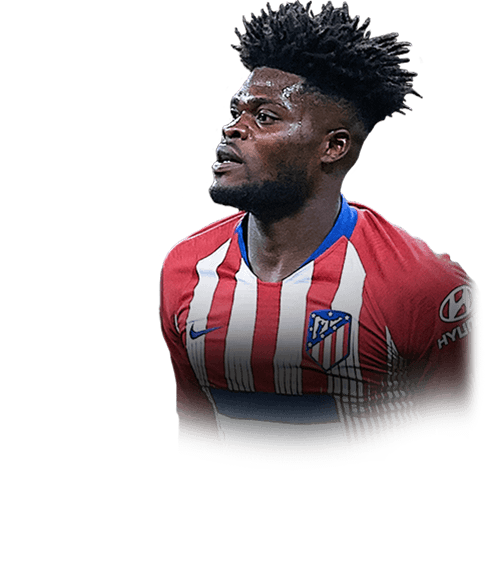 I get thomas partey for my WL reward and it is an amazing CDMusing 4231 in WL and i have using Thomas partey with Flash back Juanfran . it just look like using the 86 version Vieira .i use with shadow Chem and you can see that partey is running on the pitch to make challenge for bring back the ball . he has 185 CM Height with 74 agility . it is make sur...
Read full review

Definitely worth it, a must have

He's for sure my best CDM on this Fifa (even if I don't have icons or players such as Kante). One of the most complete players at his post, with excellent stats that convene for it. His height is satisfying but he remains agile. As I put my William Carvalho in a sac, I decided to give him a try (and I had high expectations since Carvalho is REALLY good), but I've never had to complain about him so far, he never did a big mi...
Read full review
0
/600
Update my avatar Dos and don'ts
Top Rated
New
Controversial
Show comments