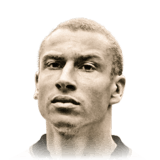 -
Sub out
Upcoming Matches
P. Chemistry
Squad chemistry
ST
85
RW
83
LW
83
CF
84
RF
84
LF
84
CAM
82
CM
76
RM
81
LM
81
CDM
63
CB
59
LB
64
LWB
65
RB
64
RWB
65
Reset
Basic
Sniper
Finisher
Deadeye
Marksman
Hawk
Artist
Architect
Powerhouse
Maestro
Engine
Sentinel
Guardian
Gladiator
Backbone
Anchor
Hunter
Catalyst
Shadow
Comments
Reviews
0
/600
Update my avatar Dos and don'ts
Top Rated
New
Controversial
Show comments
Top Reviews
Only logged in users can submit a review
A review must be written in English
At least 200 characters are required.
Compare this player to other similar players you have used(optional).
If you import your club to FUTBIN or send us an image with the player data(fill the form below) your review will be marked as verified.
Include what you liked about the player in the pros area and what you disliked about the player in the cons area.
Your review will be manually checked during the next 24 hours.
Chem Style Used
Formations
Position
Rate Player Base Stats (1-10)
Pace
5
Shooting
5
Passing
5
Dribbling
5
Defending
5
Physicality
5
Most Used In:
Submit Review

Ok so I had 540k coins and i didn't know what to do with them , and i didn't wanna make a regular team , so I thought of just buying an icon and doing a 100k team around him , i was in between this beast or rush , and I have to say , I dont regret buying Larsson , he's such a beast i can guarantee every rocket he shoots either goes in or hits the post

slap an engine on him and you got yourself an agile player that can also pass pretty well , and his pace isnt really an issue and so isn't his 3 star skill moves , he's pretty good overall and i don't regret buying him.

His 3* skill moves , although it really isn't a big issue from me because i barely skill with my strikers ;

I packed this bad boy out of a mega pack in rewards. obviously gassed up I slotted him right into my squad and for the first like 30 games he scored 42 goals and he was amazing. Using him at CAM was a wonderful risk and a low risk high reward decision. He has many assists although his low passing. Great leg on this guy and scores many goals. He has many pros and many cons. I think that (Scream) Ibra is a great match for him. His stamina and heading are his weaknesses. Would complain about his skill moves but the ball roll is god.