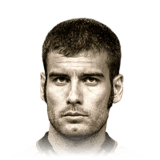 -
Sub out
Upcoming Matches
P. Chemistry
Squad chemistry
ST
71
RW
74
LW
74
CF
73
RF
73
LF
73
CAM
76
CM
81
RM
76
LM
76
CDM
84
CB
83
LB
82
LWB
82
RB
82
RWB
82
Reset
Basic
Sniper
Finisher
Deadeye
Marksman
Hawk
Artist
Architect
Powerhouse
Maestro
Engine
Sentinel
Guardian
Gladiator
Backbone
Anchor
Hunter
Catalyst
Shadow
Comments
Reviews
0
/600
Update my avatar Dos and don'ts
Top Rated
New
Controversial
Show comments
Top Reviews
Only logged in users can submit a review
A review must be written in English
At least 200 characters are required.
Compare this player to other similar players you have used(optional).
If you import your club to FUTBIN or send us an image with the player data(fill the form below) your review will be marked as verified.
Include what you liked about the player in the pros area and what you disliked about the player in the cons area.
Your review will be manually checked during the next 24 hours.
Chem Style Used
Formations
Position
Rate Player Base Stats (1-10)
Pace
5
Shooting
5
Passing
5
Dribbling
5
Defending
5
Physicality
5
Most Used In:
Submit Review

Unless you are one of those bullshit youtubers that want their CDMs to have Pelé skills you will enjoy this card. Pepe plays a simple and effective game, is not a card that will make you go crazy about it, but if you are decent at playing he will be decent for you.

Does most of the things right.

Could be finishing but he is a CDM so whatever

Hi, I use my swap icons players for getting Pep. And I have to say he's a fucking beast.

I have 30 matches with him.

With anchor he is very fast and corpulent.

Sometimes he aport to the attack.

Im probably not the only one who got access to his first icon through ICON swaps, reading some reviews here I had high expectations. At first playing Guardiola feels amazing. His positioning, his interceptions, decent straightforward passing and no nonsense defending makes him a CDM to be reckoned with. Yet as your team gets better you it is inevitable that Guardiola's weak spots will come to light. His dribbling is really disappointing to the extent that you should really not dribble with him in the box or even in midfield . His finishing if you are the attacking minded player leaves a lot to be desired. basically you cannot count on him to have the last pass if he joins in a tiki-taka . he willl fumble that through ball and you will raise your head to the heavens and ask why. You will get another ICON eventually then start to think "how do I replace Guardiola"

* Interceptions and Positioning is top notch

* Dont expect much from dribbling

* Not suited to join in attacks and receive the last pass