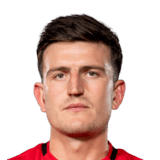 0
Red
Upcoming Matches
P. Chemistry
Squad chemistry
ST
66
RW
62
LW
62
CF
66
RF
66
LF
66
CAM
67
CM
72
RM
65
LM
65
CDM
78
CB
81
LB
72
LWB
70
RB
72
RWB
70
Reset
Basic
Sniper
Finisher
Deadeye
Marksman
Hawk
Artist
Architect
Powerhouse
Maestro
Engine
Sentinel
Guardian
Gladiator
Backbone
Anchor
Hunter
Catalyst
Shadow
Comments
Reviews
0
/600
Update my avatar Dos and don'ts
Top Rated
New
Controversial
Show comments
Top Reviews
Only logged in users can submit a review
A review must be written in English
At least 200 characters are required.
Compare this player to other similar players you have used(optional).
If you import your club to FUTBIN or send us an image with the player data(fill the form below) your review will be marked as verified.
Include what you liked about the player in the pros area and what you disliked about the player in the cons area.
Your review will be manually checked during the next 24 hours.
Chem Style Used
Formations
Position
Rate Player Base Stats (1-10)
Pace
5
Shooting
5
Passing
5
Dribbling
5
Defending
5
Physicality
5
Most Used In:
Submit Review

This guy is VVD without pace, after using VVD's loan card i havent found anything similar to him, i've used koulibaly, de vrig, laporte and sanchez in drafts. ive used Bailly, ake and joe gomez in div 4 rivals and fut champs. even the 81 pace of joe Gomez doesnt make him more useful than maguire. only in though ball situations.

you know when the striker gets the ball on the edge of the box, back to goal and you cant touch him because most CB's foul? Maguire doesnt, his natural strength pushes that player off balance without pressing O/B, just push on them with LT/L2. He's 6"4 has the larger, stocky player model just like VVD so it takes attackers forever to run around him, just like with VVD you have to make sure he's nowhere near you if you want to get by. also with his tackling he comes away with the ball, not just poke it and allow the attacker another chance, 90% of the time he knocks them off balance so he claims the ball completely.

in the air he's incredible, i can speak on this in an attacking sense because defensively he doesnt really get chances ( headers are stupid this year and dont work). but from my attacking corners, he stands at the front post and wins headers just like fifa 19, less strike rate due to nerfed headers but so good its actually worth crossing to him instead of playing the ball short. (2 goals in 11 champs games from corners).

chem style. i used a sentinel because i got maguire in a pack. i had a few in my club and wasn't going to risk wasting coins on an anchor or shadow if he was bad. i think this was the right move because even a shadow isnt going to change his luck in a foot race. sentinel gave him 99 strength and 94 jumping on a man who's 6'4!! thats how i got those headers so easy 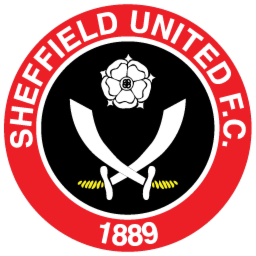